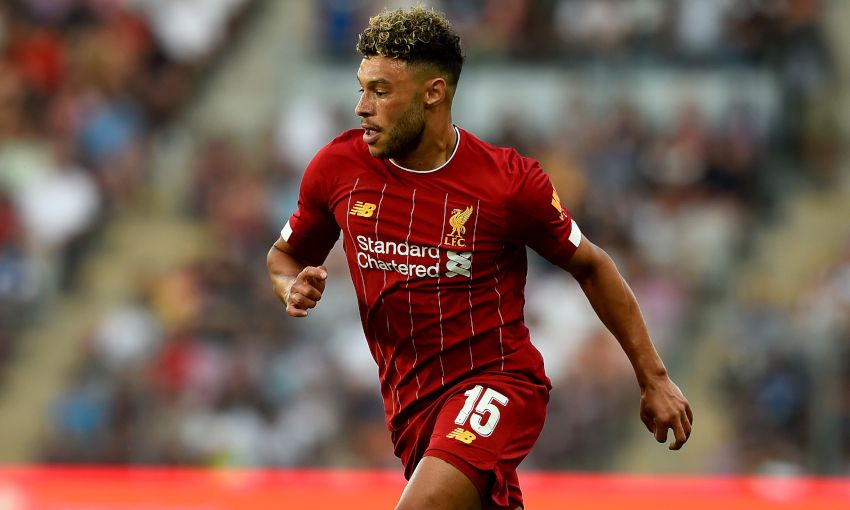 The 26-year-old made his first competitive start for the Reds since April 2018 during Wednesday's UEFA Super Cup showpiece with Chelsea in Istanbul.

Although he was withdrawn at half-time for Roberto Firmino, Klopp was encouraged by what he saw from Oxlade-Chamberlain's outing as a left-sided forward at Besiktas Park.

Speaking during a press conference on Friday to preview the upcoming trip to Southampton, the boss said: "It was positive, physically especially.

"We all know Ox, with the potential that he has, can have much more impact in that game, but it's normal after a long period.

"There can be surprising ups in a situation like this but there [can be] downs 100 per cent because you just need to get used to all the intensity and stuff like this.

"Positionally, he didn't play [there] for a while. Yes, in pre-season he played it from time to time and all that stuff. That's why I said it was my responsibility and not his because I made the decision to play him there.

"But he was good, he played a pass for us – a sensational chance of Mo Salah. I'm completely fine with it."

Klopp added: "Ox was maybe not overly happy that we took him off after 45 minutes. He didn't say anything, but I can imagine!

"But it doesn't mean anything, it's just that it was 45 minutes at that intensity, in that game, the first half was really lively. I think it was absolutely worth it, so now we have to carry on.

"He has to carry on, we have to carry on and then everything will be fine."