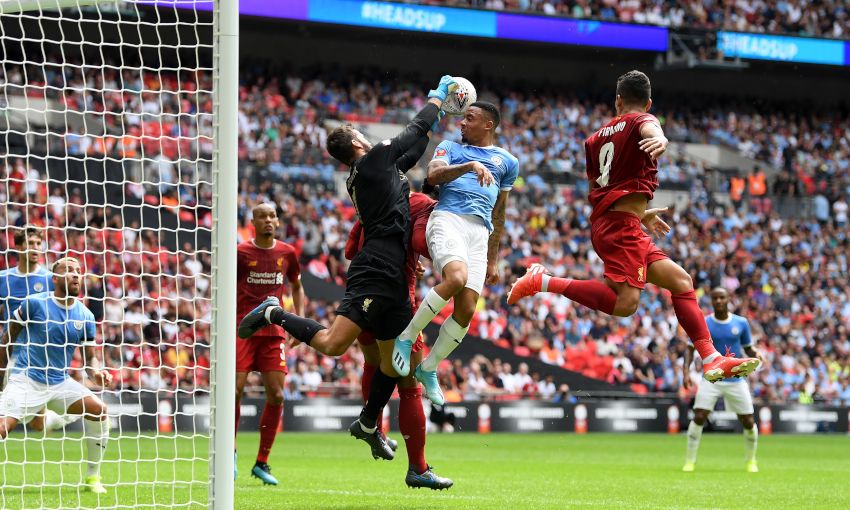 It took a penalty shootout to settle Sunday's entertaining Community Shield clash at Wembley as Liverpool narrowly lost out to Manchester City.

The Reds hit the woodwork three times and had an effort cleared off the line before and after substitute Joel Matip eventually headed in late on to make it 1-1 at full-time - cancelling out Raheem Sterling's early opener.

In the subsequent shootout, City goalkeeper Claudio Bravo saved Georginio Wijnaldum's spot-kick and that proved the difference as Liverpool were beaten 5-4 on penalties.

See a selection of the best images from the match in the gallery below...