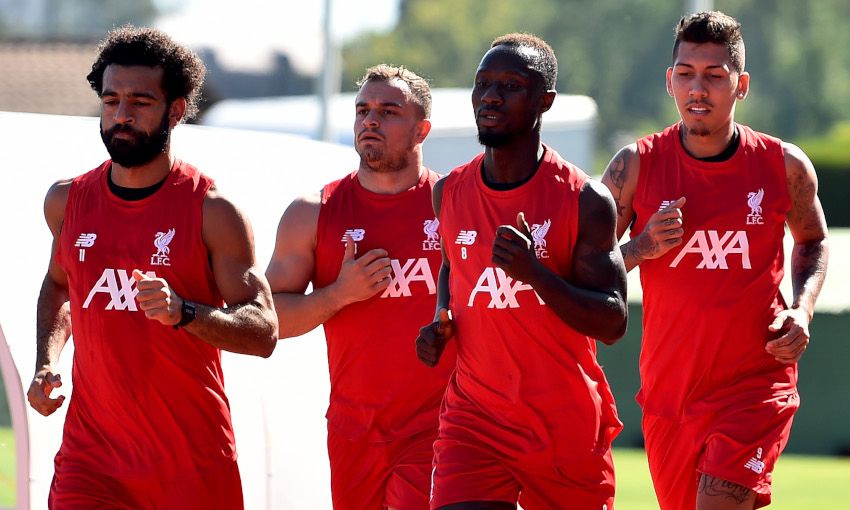 Jürgen Klopp has declared himself pleased with the condition of the five senior players Liverpool welcomed back to action earlier this week.

Mohamed Salah, Roberto Firmino and Alisson Becker reported for pre-season preparations at the club’s Evian base on Monday after being afforded extended time off due to their respective international commitments.

Meanwhile on the same day, Xherdan Shaqiri and Naby Keita were in full training once again after recovering from the injuries that had kept them out of action since the squad reconvened following the summer break.

All five played a part in the 3-1 victory over Lyon in Geneva on Wednesday and Klopp has described them as being in ‘good shape’ upon their return.

He told Liverpoolfc.com in France: “It’s good, all good. Nobody had too much weight or whatever, they were all in good shape, that’s good.

“It immediately gives us a different dynamic and different options; same for Naby and Shaq, it really helps a lot. Ali back is really nice, he was in very good shape when he came back. That’s all fine, nothing to moan [about].” 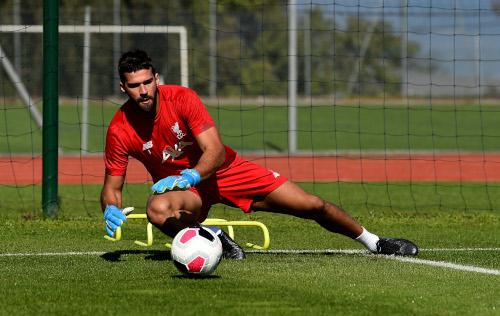 The return of Salah, Firmino and Alisson means that only Sadio Mane has still to begin pre-season training ahead of the start of 2019-20.

Klopp believes their presence has had a positive impact upon the squad, though he is keen to praise the collective endeavours of his players as a group throughout their summer schedule.

“In our case it was pretty much the offensive line of last year [not available],” said the boss. “So that made my life really difficult because you have to do the physical stuff and then you play with players who are not in their natural positions maybe; but they are in natural positions, but with heavy legs. And everybody judges them, we judge them, they judge themselves. It’s not cool.

“When you are tired, you are tired, and it’s quite difficult to then play your best football. Now it’s getting better. The quality of the boys who came back, of course it helps. But everybody who was [here] from the first day of pre-season did a really good job. Training was always at the highest level but because the training was on such a high level – intensity level as well – in the games sometimes we were really done.

“Unfortunately, we play in public so everybody could see that. But the Lyon game helped, just to see a lot of things are still there. We were not in doubt about that but it’s nice to get the proof as well.”

Liverpool’s season will get under way on Sunday when they take on Manchester City at Wembley in the Community Shield, with a Premier League opener at home to Norwich City to follow.

Detailing the plans for the returning five, Klopp said: “We don’t have a lot of time for patience. The good thing is we can have six substitutions [on Sunday], that’s really good.

“Maybe we don’t have too many players here anymore because we sent a couple of young players home. It’s all like it should be. We will find the line-up, for sure.”

Liverpool and City will each be able to make six substitutions on Sunday, from the seven players named on the bench.

Asked whether the ability to make half a dozen changes comes into his thinking ahead of the clash, Klopp replied: “Yes, massively, absolutely. It feels like no limits, to be honest. We have seven players on the bench, a goalie involved and all the others can come on. Hopefully the goalie doesn’t have to! That means all the players on the bench can play a part in the game, that’s good.

“We will find a starting line-up where you can change six times in that early a game in the season against a very demanding opponent who asks for a lot of footwork and runs and all that stuff. We will probably use all six.”