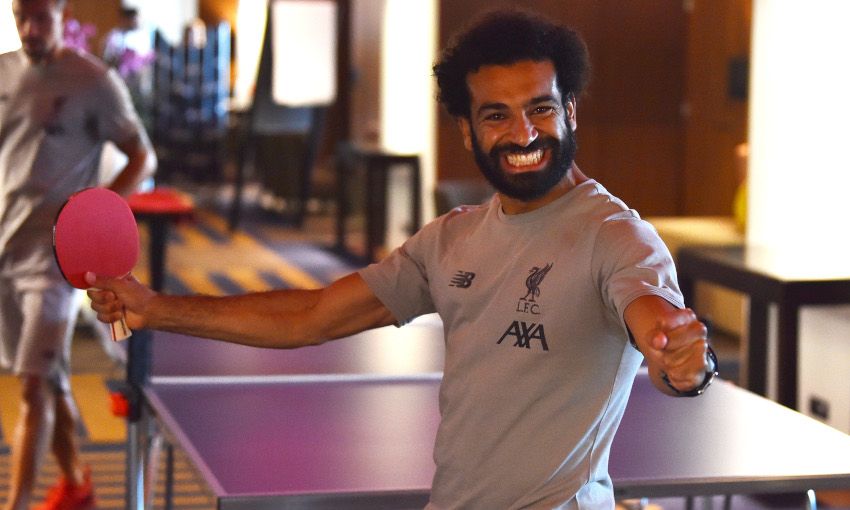 With the start of the new season fast approaching, the Liverpool squad have been working hard in their final preparations at the team’s training base in Evian.

The six-day stay in France has consisted of multiple sessions conducted in high temperatures with the Reds gearing up for Sunday’s Community Shield encounter with Manchester City and the subsequent Premier League opener against Norwich City.

While the workouts on the pitches have been tough, away from the field the atmosphere is relaxed at the team hotel - situated on the picturesque banks of Lake Geneva - as the players unwind between sessions.

Our photographer captured some of those scenes on Thursday, including a highly competitive game of table tennis between Dejan Lovren and Mohamed Salah.

Browse the gallery below to see some unique shots from the team hotel in Evian.