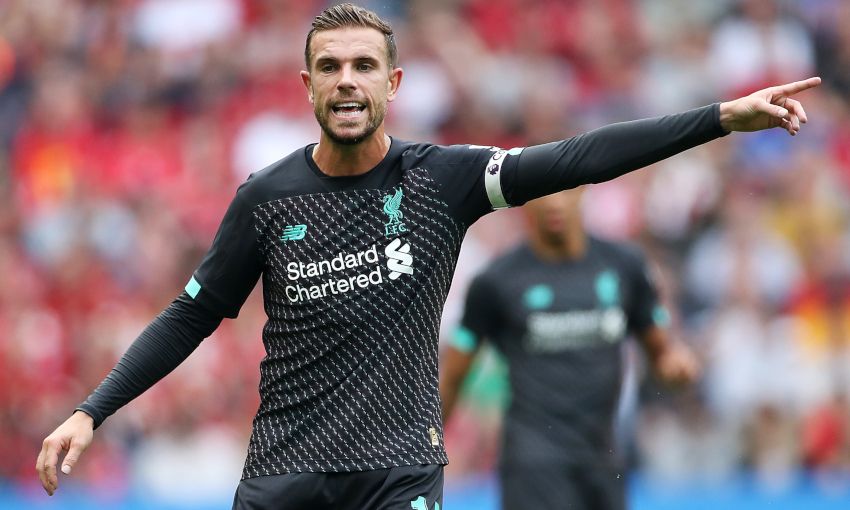 Liverpool's motivation for Sunday's Community Shield is about continuing a winning mentality not getting one over Manchester City, insists Jordan Henderson.

Last season’s Premier League title rivals – who were separated by a single point in May – open the new campaign with a meeting at Wembley this weekend.

The game represents the Reds’ first participation in the showpiece for 13 years and it’s the duty to collect silverware for the club, rather than trying to gain an early advantage over City, that is energising Henderson.

“I don’t think I’ll ever tire of playing at Wembley,” said the England international in an interview for the official match programme.

“I’ve been lucky to play here a few times with Liverpool and of course England. The feeling of coming here and it being special never gets old. It’s a big game and a big occasion.

“It’s a first for me – playing in a Community Shield – but I know it’s a competition Liverpool have always taken seriously, so that brings a responsibility for whoever gets picked to do everything we can to win.

“I’m not bothered about an advantage, we just want to win – full stop. The opponent is only relevant because in order to win it, we have to beat them. Sure, it’s the same for City. It’s the next game for us and therefore the next one we can win – that’s our attitude.

“We’ve huge respect for City and what they achieved last season and we also respect they’ll be a big force again this season – but [this match] isn’t about anything other than doing our best to win for our supporters.”

Quite simply, explains the skipper, the Reds want to taste victory as often as possible.

Asked about his ambitions for 2019-20, the midfielder replied: “Keep winning.

“I’m not going to state anything specific because I don’t think it helps. But as I’ve already said, our aim is – and has to be – to go into every game, in every competition with the mindset of winning.”