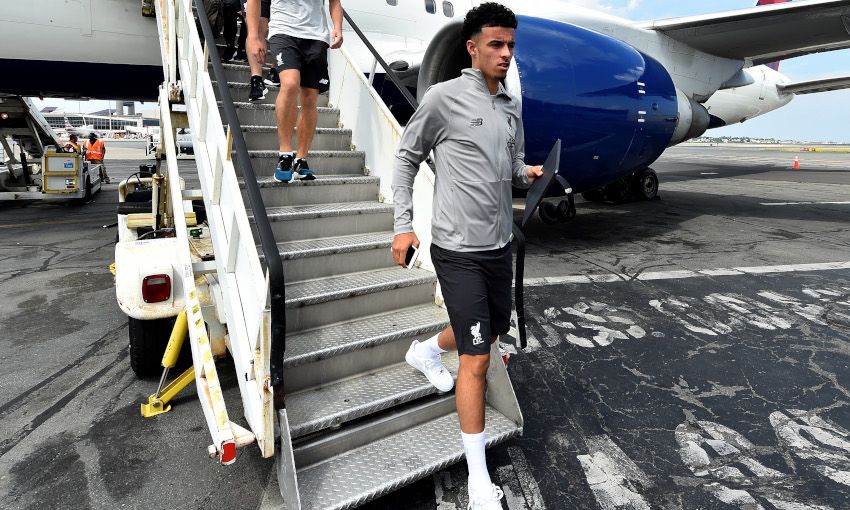 Curtis Jones has had dreams of breaking into Liverpool’s first team since childhood – but accepts making those ambitions a reality is arguably the most difficult it will have been in his lifetime.

The 18-year-old believes the quality of the Reds squad, coupled with their status as the current champions of Europe, means the task of establishing himself as a regular in senior matchday squads is an even tougher task than it has been previously during his 18 years.

Nevertheless, it’s a situation Jones believes he can use to his benefit as he continues to hone his fledgling talents.

Jones told Liverpoolfc.com: “Being a young, local lad, it has always been my dream to get into any Liverpool team – but this team is definitely one of the best I’ve seen growing up.

“Just being around them, I learn so much. I have definitely become a better player, a better person and I am learning every single day. I can’t wait to keep going.

“For any young kid that is down at the Academy, the next step is to get to Melwood – and after that, it’s about staying there. The players I am around help me all the time and have helped me become a better player.”

Jones has built on an impressive pre-season showing last year and a competitive first-team debut last campaign by featuring in all three outings so far this summer.

The forward is eager to use each and every opportunity as a chance to stake a claim.

“I feel it has been going great,” he said. “I’ve come out here, I was trying to get game time and trying to catch the eye. I’m going out there and giving it my all because I know there is a massive season coming up and I am trying to be part of the team.

“It’s better than ever. Last year was a taste of what it can be like, but now I am living the dream – I am out here and I am 100 per cent confident that I am giving it my all, trying to catch the eye of the people I need to.”

With a mouth-watering clash against Sevilla at Fenway Park to be contested on Sunday – and broadcast live on LFCTV and LFCTV GO – Jones will be looking for another chance to get minutes under his belt in Boston.

He said: “Out here, it’s a good test. It’s very hot and the teams are very good, so for me being a young lad it’s great going out there and getting a feel for what it’s like in the big world.

“We’re here to give the fans what they want – and we know a win would put a smile on their faces, so we’re going out there with belief and confidence and hopefully the fans will be happy after the game.”