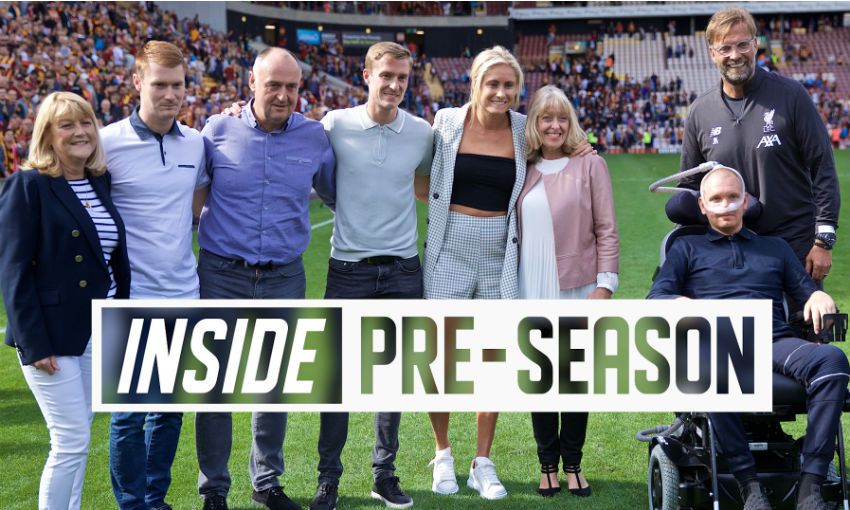 Football was of secondary importance as Liverpool's second friendly of the summer ended in a 3-1 win at Bradford City on Sunday.

The match at Valley Parade was played in honour of former Reds and Bantams defender Stephen Darby, who was forced to retire from the game at the age of 29 last year after being diagnosed with motor neurone disease.

Funds were raised for the Darby Rimmer MND Foundation, the organisation launched by Darby to increase awareness and help others living with MND.

The latest edition of Inside Pre-season takes you behind the scenes of an emotional day, offering exclusive footage of what unfolded both on and off the pitch.

Watch the video in full above.