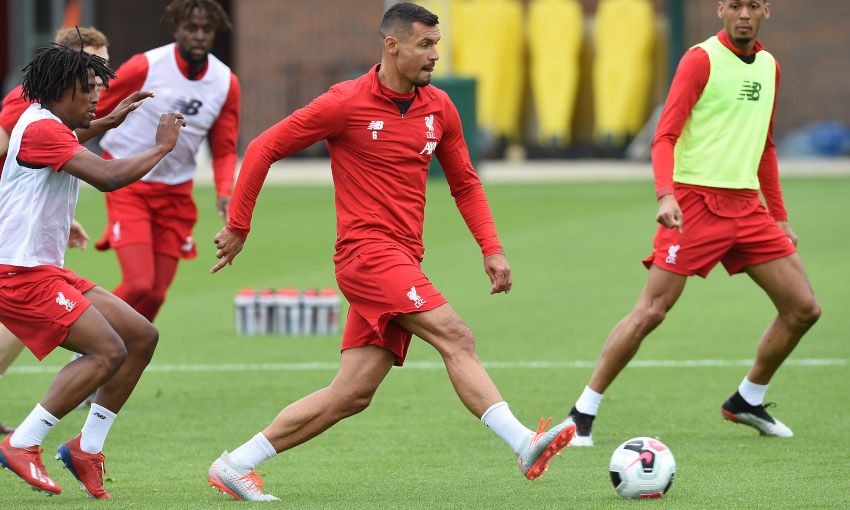 Dejan Lovren will return to the Liverpool squad for Sunday’s pre-season friendly at Bradford City.

The defender didn’t figure in the Reds’ opening summer fixture at Tranmere Rovers on Thursday having only returned to Melwood on Tuesday.

Lovren will, however, play a part in the contest at Valley Parade.

Jürgen Klopp told Liverpoolfc.com: “Dejan will be back. With him, we had the same thing we will do now with the guys who came back today. But he will be playing tomorrow, of course.”

Liverpool used 23 players during the 6-0 win at Tranmere, with 11 changes made at half-time.

Klopp confirms the Reds will do something similar against Bradford.

“I don’t think we will change [much]; we cannot change a lot, but we will not,” said the manager.

“Maybe it will be really similar line-ups playing together because it looked good so, come on, why not? Get a bit of rhythm and stuff like that.

“We have to wait [to see] who can play and who cannot not play. It will be similar – and hopefully similarly good football because I liked it a lot.

“For a first game, I was really impressed. Now we have to show that we can do it again and again. Hopefully the boys will do that.”