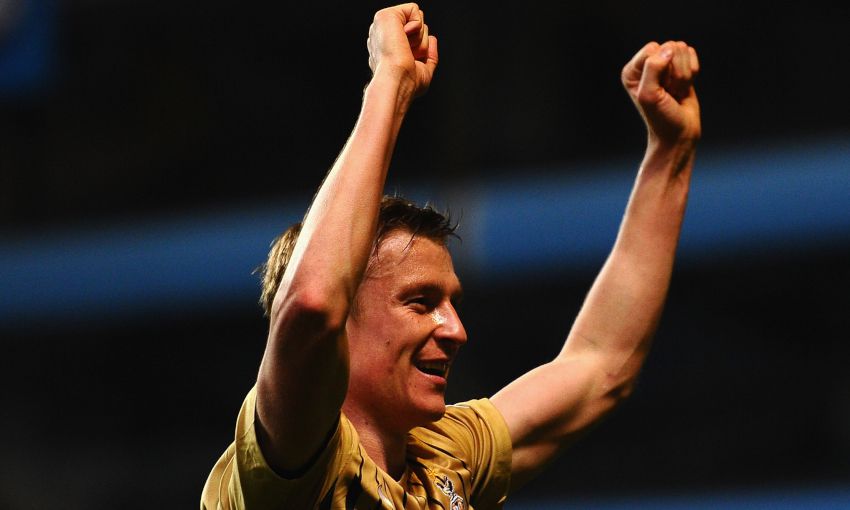 Eighteen years have passed since Liverpool's last visit to Valley Parade, when the Reds defeated Bradford City 2-0 during the final throes of Gerard Houllier's treble season in May 2001.

But on Sunday afternoon that long wait for a return trip to this particular corner of west Yorkshire will end, for a special game in aid of a very important cause.

Back in 2006, when Liverpool U18s won the FA Youth Cup for the second time in their history, the then-17-year-old Darby was their captain. He featured again when the young Reds repeated the trick 12 months later, but with his path to regular first-team football blocked by seasoned internationals such as Alvaro Arbeloa and Glen Johnson, the Maghull-born right-back joined Bradford in 2012 after making six senior appearances for his boyhood club. 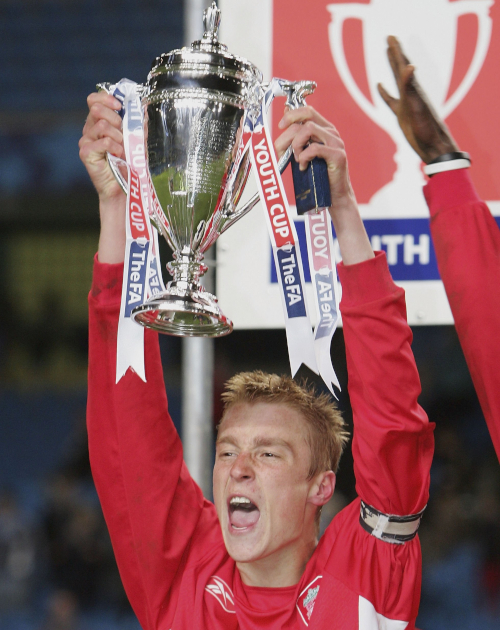 Darby’s leadership qualities were soon recognised at Valley Parade, where he served as captain during a five-year stint that also featured promotion to League One and an appearance in the 2013 League Cup final.

The ex-England U19 international then followed his former Bradford manager Phil Parkinson to Bolton Wanderers, before his diagnosis sadly precipitated his retirement from the game at the beginning of last season, aged just 29 at the time.

It’s a mark of the man that within weeks of receiving the news Darby had dedicated himself to raising awareness of MND and helping fellow sufferers. And it’s a mark of how respected he is within the game that so many friends and colleagues from his former clubs have since rallied to the cause.

Watch: 'Stephen's aim is to help others with MND'

“From the moment he left the waiting room in the hospital his first thought was: ‘I’m not accepting it, I want to fight back,’” says Matthew Buck, Stephen’s agent and a trustee of the Darby Rimmer MND Foundation.

“I remember him saying that, as hard as the diagnosis was, he had a great family, unbelievable friends, an amazing wife, and he saw the best of football, football came together for him. He had hundreds of messages of support, people reached out to him, whether it was Bradford, Liverpool – everybody came and supported him and gave him networks to doctors, physios, nutritionists.

“That manifested itself from him being a professional athlete, and he said: ‘I had this wonderful support, but what happens if I’m 29 and I’m a manual worker with no family – what does that look like?’ That was his analogy, he couldn’t come to terms with how an average person not in the public domain would deal with the same situation, and what he wanted to do is create something that gives younger people who get MND that support, whether it’s education, financial assistance or just supporting people by speaking to them. This wasn’t months after, it was days and weeks after, that was Stephen’s philosophy.”

When Liverpool U18s won the Youth Cup for the fourth time in April, Academy director Alex Inglethorpe dedicated the victory to Darby, calling him ‘One of us and a huge part of our history as an Academy.’

Academy coaches and players then raised £4,000 for the Darby Rimmer MND Foundation when nearly 40 of them scaled Snowdon the following month. And, later this month, a group of Bradford and Bolton staff members will embark on a fundraising challenge dubbed ‘Distance For Darbs’; a 65-mile walk comprising visits to both clubs’ stadiums before eventually culminating at Anfield.

An associated social media campaign – #stephendarbybaby – has seen fans and players find ever more inventive places and ways to sing Stephen’s name to the tune of Don’t You Want Me Baby by The Human League, with former Liverpool midfielder Jay Spearing – an ex-teammate of Darby – even managing to record his rendition from the top of a rollercoaster in Blackpool.

Having recently returned from supporting his wife – England and Manchester City defender Steph Houghton – at the Women’s World Cup in France, Stephen will be at Sunday’s match in person, joined by the foundation’s co-founder, Chris Rimmer. A British Army veteran and fellow MND sufferer, Chris formed a close bond with Stephen shortly after the latter was diagnosed.

“That relationship developed from a family friend reaching out and introducing them,” Buck explains. “Chris is in a wheelchair now and further along with the illness, but his attitude was hugely positive. It wasn’t ‘sit back and accept’, it was ‘let’s find a way to attack it and find a cure for the disease.’ That inspired Stephen and they became close very, very quickly. I think they realised they were stronger together and they could both fight the illness via a foundation.”

The foundation has four key aims, as outlined by Buck, who also functions as director of player management at the PFA.

“The primary one is awareness, using the platform of Stephen being an ex-footballer and the way football has come together for him to create awareness of the illness,” he says. “He wants to use football to get it out there so that people know what MND is, and that will hopefully lead to more money to work towards a cure.

“The second objective is research. The funds for MND are limited, there was the Ice Bucket Challenge, and that created a huge amount of money and awareness, but since then it’s tapered off again. Anything the charity can do to help assist research is important.

“The third objective is money and grants, it will be a grant-based charity, so that, if people are diagnosed and they don’t have the benefits that Stephen had through football, there’s somewhere that can provide assistance at different stages of the illness.

“The last objective is just general support; they want to point people in the direction of emotional support so they don’t feel alone.”

The Darby Rimmer MND Foundation is in the process of being ratified by the Charity Commission, but Stephen, Chris and Matthew are hopeful of having an official launch within the coming weeks. Anyone wishing to donate money can visit the JustGiving page established by Bolton’s assistant manager, Steve Parkin: https://www.justgiving.com/crowdfunding/c2cstephendarby.

“The game sold out quickly and it will be an emotional day, I’m sure,” finishes Buck. “Chris is a Liverpool supporter too, ironically, but for Stephen, to be able to have a sell-out at Valley Parade between the team he supported – and started with – and the team where he made his mark is a huge honour and a privilege. But again, the most important thing for him is to raise awareness of the illness.”

Video: Behind the scenes of an emotional day at Bradford