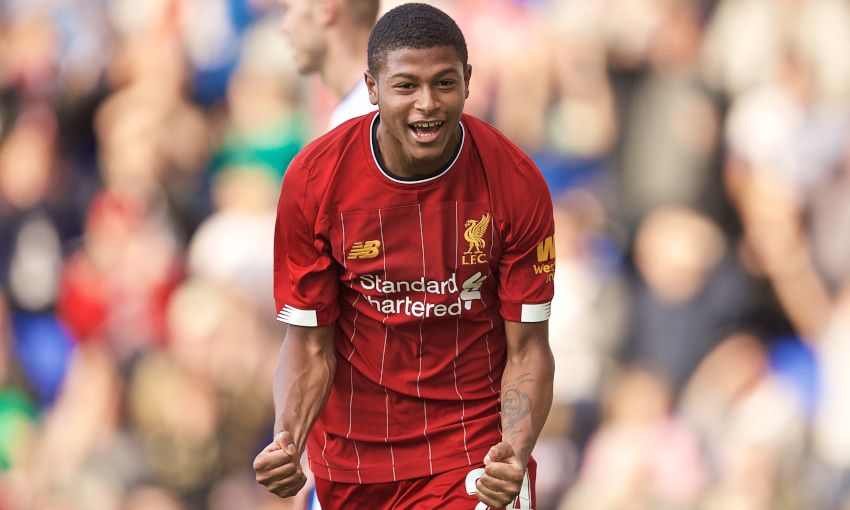 Rhian Brewster felt there was a poignancy about his two-goal haul in Liverpool’s 6-0 win over Tranmere Rovers in their opening pre-season friendly of the campaign on Thursday night.

For the fourth campaign in a row, Rovers provided Jürgen Klopp’s men with their first test of the summer at Prenton Park.

When the teams met last year, Brewster was a spectator from the stands, watching the Reds edge the contest 3-2 as he continued his lengthy rehabilitation from injury.

Exactly 364 days on, Brewster was named in the starting line-up across the River Mersey – and marked the appearance with his first senior goals for Liverpool by notching twice in quick succession before half-time.

“This time last year I was out injured, I was here watching the boys play against Tranmere and this year I'm here playing,” he reflected to Liverpoolfc.com following the final whistle.

“It's mad how far you can come in a year. I'm loving every minute of pre-season. It's tough, don't get me wrong, but I'd rather be out there than on the treatment bench.

“I'm taking every moment as it comes. It's great to be back out there.”

Good feeling to be back on the pitch tonight, thanks to all who came down and supported! Great to get 2 goals as we… https://t.co/hCh5lBBMqF

Following the interval, Curtis Jones, Divock Origi and Bobby Duncan all netted to give the scoreline an emphatic look at Prenton Park.

“It was good to start the pre-season right,” Brewster continued. “I think the team played really well in both halves.

“Obviously it's good to get two goals and an assist, but overall I think the first-half team and second-half team played really well.”

'He has everything a striker needs' - Rhian Brewster's loan spell assessed