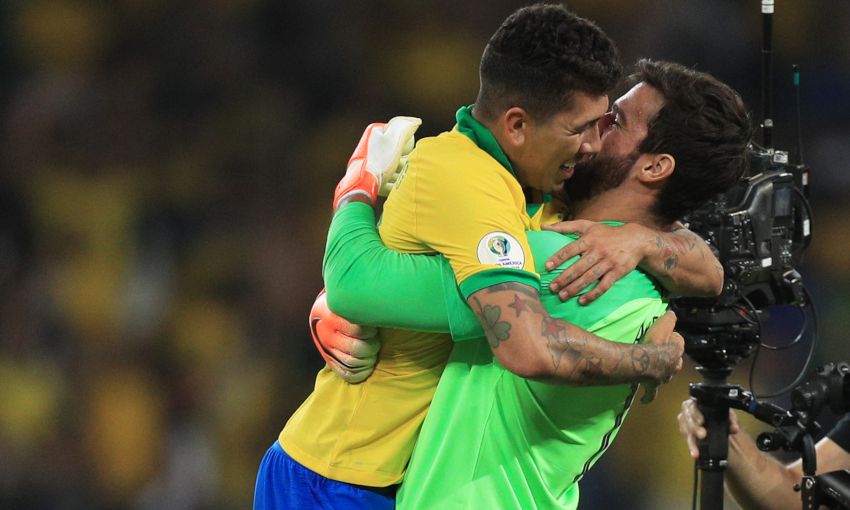 Roberto Firmino and Alisson Becker collected their second piece of silverware in five weeks when host nation Brazil lifted the 2019 Copa America on Sunday, following a 3-1 victory over Peru in Rio de Janeiro.

Rio-based Brazilian football expert Tim Vickery spoke to Liverpoolfc.com to discuss the part the two Liverpool men played in the triumph, the Ballon d’Or, Fabinho and what’s next for this talented Selecao group… 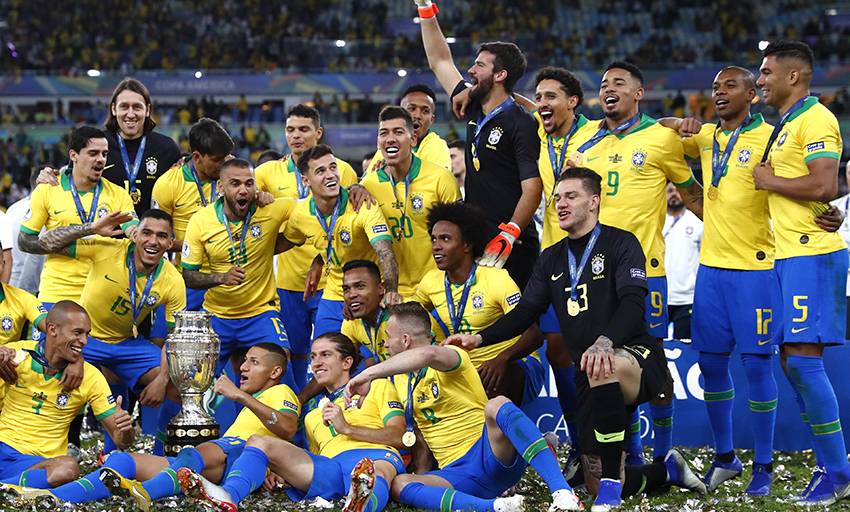 How much of an expected win was this for Brazil given that it was something of a shock that Peru got all the way to the final?

Yes, especially given the fact that these sides met in the group stage and Brazil won 5-0, but we got a much better game in the final. Peru came out bravely and pushed Brazil hard, and at the end Brazil were down to 10 men - after Gabriel Jesus was sent off - and hanging on to a 2-1 win for a while with a few Brazilian nails being bitten, before Richarlison sealed it with the late penalty. So, Brazil have retained their record of winning every Copa America that they’ve staged, but in every game this time, including the semi-final against Argentina, they were the clear, overwhelming favourites. Perhaps it’s a shame for the tournament that we didn’t see them against Luis Suarez and Uruguay, who were knocked out on penalties in the quarter-finals and may have pushed Brazil even harder than Peru did.

Was there a sense in Brazil of just how much pressure the team were under to deliver that trophy?

Huge pressure, but the Copa America is not the World Cup, and the World Cup is the one that Brazilian society really mobilises itself for. The streets are decorated and there are street paintings of the players for every World Cup, and we’ve seen clearly in the last few World Cups that the big test is when they come up against a big Western European side in the knockout rounds. They’ve failed at that obstacle every time over the last few World Cups, and that’s the test that they’ll have to prepare themselves for in just over three years’ time. Looking at this team there are perhaps one or two problems; the man voted the tournament’s best player was Dani Alves, a 36-year-old right-back very unlikely to be around at the next World Cup. 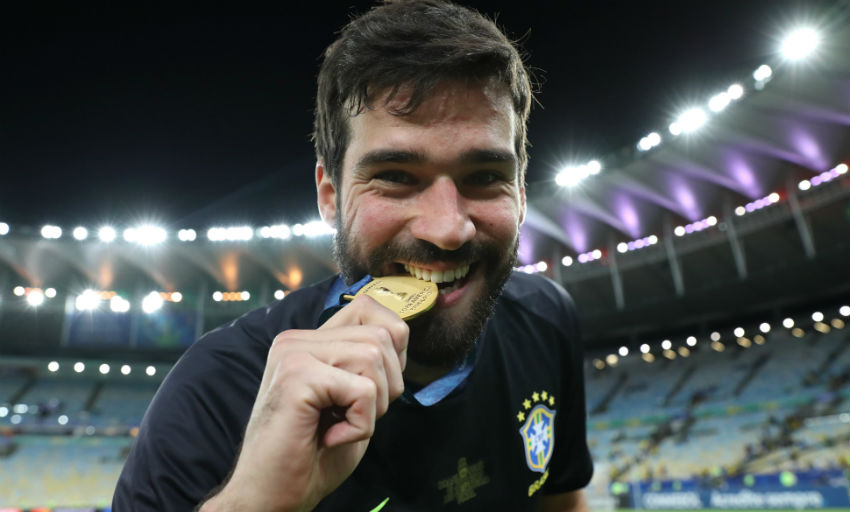 How would you assess the contribution made by Alisson Becker, not just on Sunday night but over the course of the tournament?

Alisson conceded just one goal in the tournament and that came from the penalty spot in the final. To be fair, he didn’t have a lot to do; there were some games where he could have taken a deckchair out and been a privileged spectator, reading his summer paperback! But when he’s called upon? Magnificent. There was one save he made from Lionel Messi in the semi-final against Argentina, it was a free kick that Messi got wonderfully over the wall, it was going towards the top corner and a lot of goalkeepers wouldn’t have been able to reach it, they’d have been wrongfooted and desperately clawing at air. Alisson read it, walked across and just plucked it out of the air as if he was plucking an apple off a tree. He made a difficult save look so easy, and his presence behind the defensive line spread so much calm through the team. He is a vital part of this Brazil side, he has never let them down, and every time he is asked to come up big, he does so. He may well be - considering club football and international football - the biggest star in the Brazil side at the moment, the one whose prestige is highest.

Alisson has now won the Premier League, Champions League and Copa America Golden Glove awards - is he a legitimate contender for the 2019 Ballon d'Or?

It’s a lovely thought. He is such a calming influence, look at the difference he’s made at Liverpool, and we saw that again with Brazil in the Copa America. Fair enough, he didn’t have a great deal to do, but that defensive unit know that he can be there for 89 minutes without anything to do, a big save comes along, and he’s not going to let them down. He has had an absolutely fantastic year, and in the absence of obvious other candidates, why not? Why not have a goalkeeper on the podium? 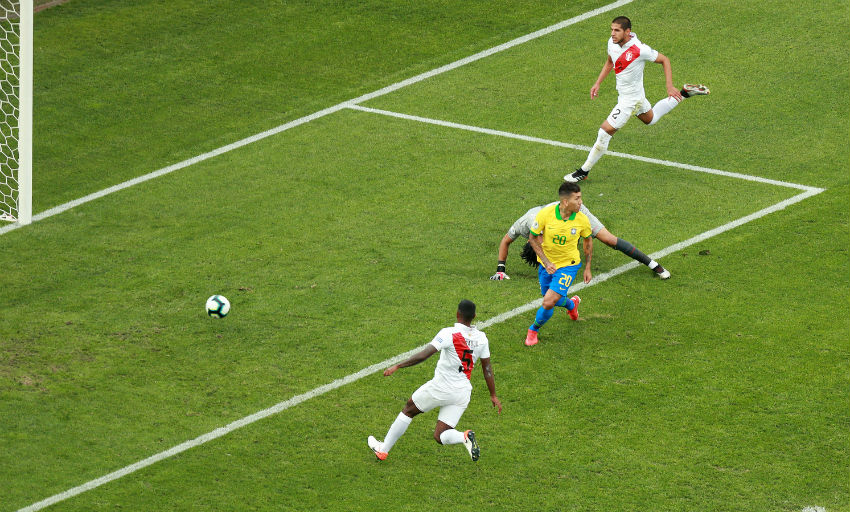 Roberto Firmino wasn't able to add to his tally of two goals and three assists in the final, but did he prove his unique value again with his tackle in the build-up to the Gabriel Jesus goal that made it 2-1…

Yes, and that’s absolutely crucial to the way that Brazil play. The coach [Tite] came to the conclusion that he’d left his side too open against Belgium [in the quarter-finals of last year’s World Cup], when Belgium came out hunting for them and established that early two-goal lead. They are really looking to defend from the front; one of the reasons they only conceded one goal in the tournament is that the team defends so well as a unit, with the strikers willing to put a shift in. That second goal for Brazil was wonderful and it sums up an aspect of play that they are really looking for from their players. Firmino has lost the ball with his back to goal, but he chases back, manages to nick it away and Arthur sees the space that Firmino has created, surges forward, the little touch to Gabriel Jesus - and a wonderful goal. But it wouldn’t have happened without the contribution of Firmino.

Would you expect Fabinho to be reintroduced to the squad if he continues his positive form for Liverpool next season?

I think he missed out this time because Tite was desperate to have Fernandinho of Manchester City in his squad. Fernandinho was appointed by the fans as the villain of that quarter-final defeat to Belgium, and he said at that point that he didn’t want to play for the national team anymore, he didn’t want to put his family through it. Tite really wanted him back, as much for his influence in the hotel, on the training ground, in the dressing room as on the pitch. Fernandinho wasn’t a first-teamer, he played one or two games, but he’s now reaching an age where you can’t really imagine him being at the next World Cup. If he moves away that opens up a space for someone else in that position, and I would have thought Fabinho is now in pole position to return to the squad.