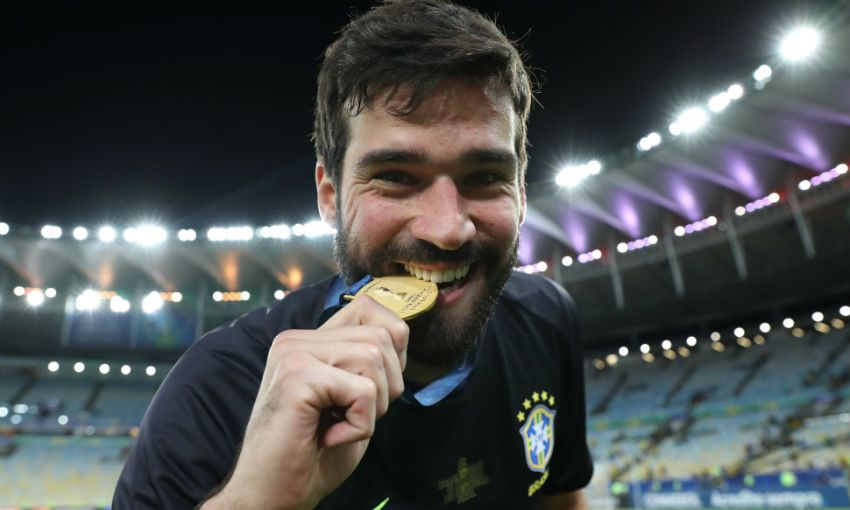 Alisson and Firmino followed up last month’s Champions League triumph with glory on the international stage on Sunday night as the Selecao became champions of South America by beating Peru 3-1 at the Maracana.

And the pair’s success delighted their club manager, with Klopp telling Liverpoolfc.com with a grin: “I wrote them a message immediately after the game.

“I was sent a couple of videos, voice messages and stuff like that. They had a good time.

“The last one I got this morning at 7.30, so they need a holiday but they deserve it of course. It’s nice, it’s really nice, to see them celebrating again when you see the pictures yesterday after the game how the whole of Brazil [celebrated]. It reminded me immediately of our little celebration four or five weeks ago!

“It’s nice, it helps them of course. I think the last time they [Brazil] won it was 2007, they were kids. Ali, now 26, was 14 years old then, so it’s just nice. You watch the game then and they could not have imagined that they would be the next generation to win it. I’m really happy for them.”