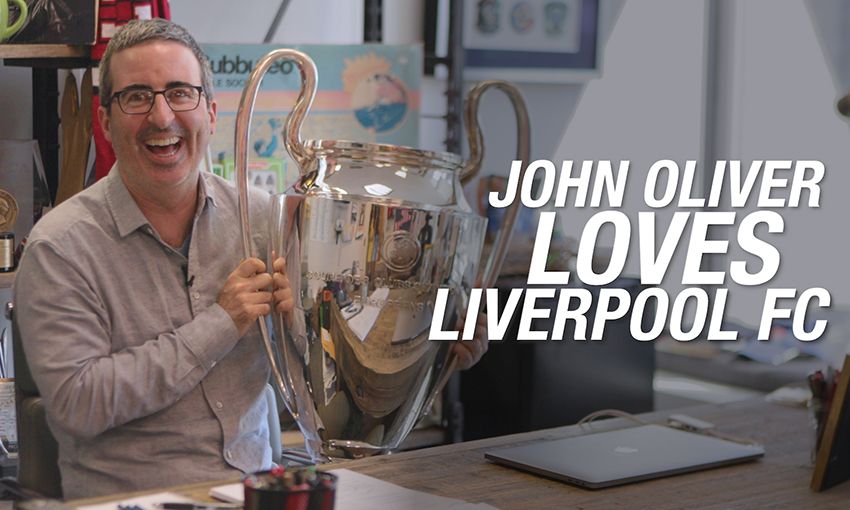 "I would like to be squeezed too hard by Jürgen Klopp."

American talk show host and staunch Kopite John Oliver explains in his own inimitable style why Stateside fans should share in his passion and watch European Champions Liverpool on tour in the USA this summer.

The outspoken British host, who has made a name for himself across the Atlantic as the star of HBO's Last Week Tonight, expounds his love for the Reds and regales his revealing chat with Mohamed Salah in our hilarious video below.

Oliver also gives his unique take on Liverpool stars such as Virgil van Dijk, Andy Robertson and Alisson Becker - "he's the best goalkeeper in the world and he's beautiful" - and explains just why he yearns to be hugged by LFC boss Klopp.

The Reds kick-off their three-match tour of the USA on Friday July 19 (local time) when they face Borussia Dortmund at the University of Notre Dame, Indiana. You can buy tickets now.

Klopp's men then head to Boston to face Spanish side Sevilla at Fenway Park on July 21 before heading to Yankee Stadium to take on Sporting CP in New York on July 25.

Subscribers to LFCTV and LFCTV GO worldwide can enjoy live coverage of every pre-season game*.