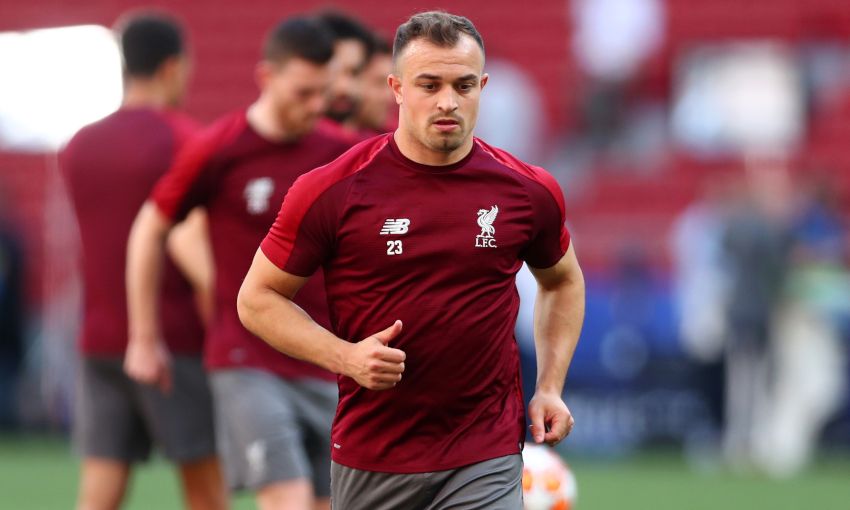 Jürgen Klopp has confirmed Xherdan Shaqiri is facing a spell on the sidelines due to a calf injury.

The forward returned to Melwood on Monday morning following the summer break and was further assessed by the club’s medical team having sustained the issue during Switzerland’s Nations League encounter with England on June 9.

“Shaq is still injured from the national team and it will take a while until he is in again,” Klopp told Liverpoolfc.com.

“He has a tear in his calf, so he will not be involved for a while.”