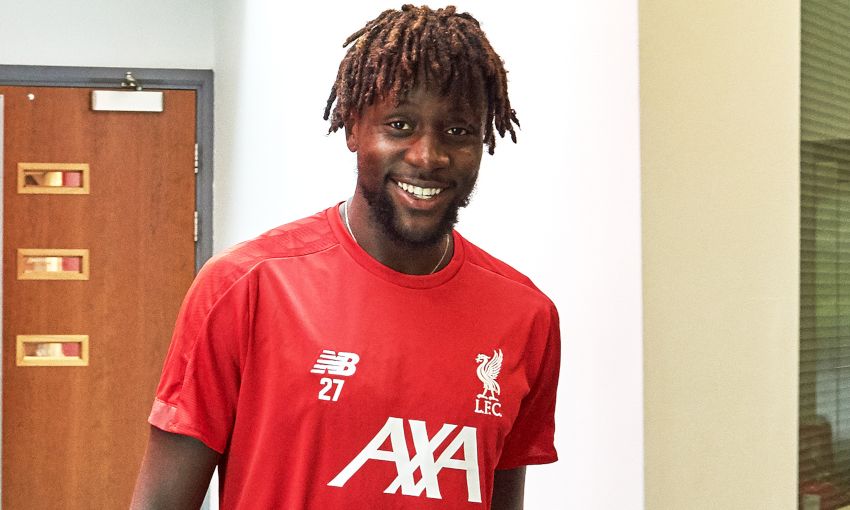 Divock Origi believes Champions League final success in June has served to increase the Liverpool squad’s collective desire to bring more silverware to Anfield as he revealed details of a post-match chat with Sir Kenny Dalglish in Madrid.

The striker reported for pre-season training at Melwood on Monday morning to join his teammates who returned to begin preparations for 2019-20 on Saturday.

It was Origi, of course, who struck the crucial second goal in the 2-0 win over Tottenham Hotspur at Estadio Metropolitano, having also played a pivotal role in ensuring the Reds reached the final by netting twice in the epic 4-0 victory against Barcelona at Anfield in the semi-final second leg.

Now looking ahead to what is to come this season, the 24-year-old is convinced the experience of lifting the European Cup and the subsequent celebrations has enhanced the determination to win further trophies.

Origi told Liverpoolfc.com: “It always gives you the will to win more. I saw Sir Kenny Dalglish after the game [in Madrid] and he said the first [trophy] is nice, but the second one is even more special.

“We will try to go for a second one and win as much as possible, but we need to focus game by game again, do the same as last season, try and prepare as well as possible and then in the end, hopefully we’ll have a good result.

“There is a lot of potential in this team, we have everything here. We’ve already said it. We’ve made steps in our development, everyone is a year older now, we have experience of winning a cup, so I think we come back stronger and with even more hunger.”

It’s a little over five weeks since that historic night in Madrid and Origi feels the opportunity to rest and relax over the summer break was important, both physically and mentally, for the squad.

“I think it’s always good to reset and just to relax,” said the No.27. “I think mentally we needed it because it was a long season, a good season. We’re recharged now and happy to be back.

“I am excited - I am always excited at the beginning of a new season. We came [back] with a lot of energy. The boys have already been working, I came back a couple of days after, so it’s good to join them again.”