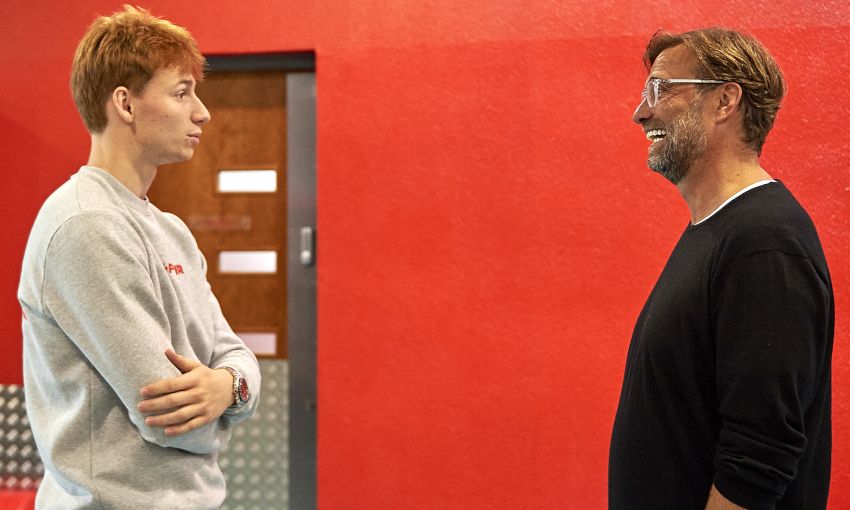 Jürgen Klopp has detailed his satisfaction with the signing of Sepp van den Berg and the teenager's decision to take on the challenge of moving to Liverpool.

The defender joined his new teammates for the opening day of pre-season on Saturday having completed a transfer from PEC Zwolle last month.

After the customary lactate tests and movement exercises at Melwood to mark the start of his Reds career, the Dutchman himself reflected on his positive impression of his new surroundings.

And the manager is eager to see how Van den Berg builds on the opportunity in his hands.

“He is a big talent but a young boy and we already have a good team,” Klopp told Liverpoolfc.com. “He took the challenge, he really wanted to be part of this and I’m really happy for him.

“We make signings for immediately or for the future and it’s always about the boys, what they make of it. The first impression here was really good and I’m happy to have him around.”