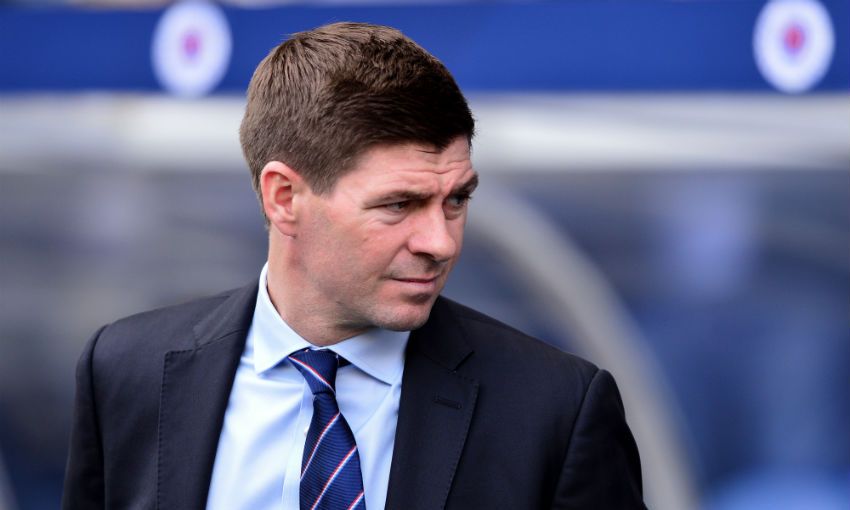 The sight of Jürgen Klopp celebrating Liverpool's Champions League triumph in Madrid has given Steven Gerrard an extra thirst for silverware as a manager.

The current Rangers boss was in attendance at Estadio Metropolitano on June 1 to watch the Reds beat Tottenham Hotspur and earn the club its sixth European Cup.

Now heading into his second season in senior management, Gerrard is determined to have his own celebrations in the upcoming campaign.

The former midfielder said: “I think as a young manager you try and be a sponge from all the top managers when you watch them on the sidelines, watch them do interviews or you meet them.

“It’s no different with Jürgen for me. You try to take in all of the good things from them. He has been very helpful to me.

“A lot of the stuff I will keep private, but any questions or any bit of advice, he helps me out.

“Being there and seeing it, you look at the Liverpool fans. Emotionally it brought back a lot of memories of my own from being a Liverpool player.

“When the dust settles, I am thinking, ‘OK, I would love that to be us at Rangers’. I would love to be watching my players celebrate.

“I was looking at Jürgen, looking at his players celebrate, and I would love nothing better than to do that in 12 months’ time, or sooner if we get the opportunity in a few months’ time with the League Cup.”

The 39-year-old was also made up to see Jordan Henderson follow in his footsteps to become the fifth Liverpool captain to raise Ol' Big Ears aloft.

“How could I be jealous of Jordan lifting the trophy? He’s my mate,” Gerrard added.

“I am tight with Jordan and we played together for many years with Liverpool and England.

“I was delighted for him and it was so deserved, there is no better professional than Jordan.

“You get out of this game what you put in, so if you go on that then he certainly deserves it."