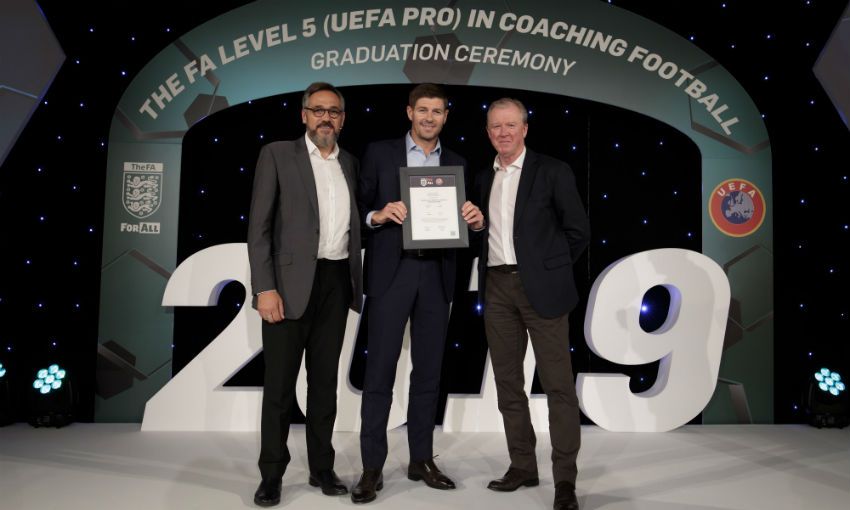 The former Liverpool captain was one of 27 coaches to receive the FA’s highest football coaching qualification during a ceremony at St George's Park on Thursday night.

Gerrard's coaching career began in February 2017 when he took up a wide-ranging role at the Reds' Kirkby Academy before being appointed U18s manager for the 2017-18 campaign.

The 39-year-old departed his post after one season to take charge of Scottish giants Rangers.