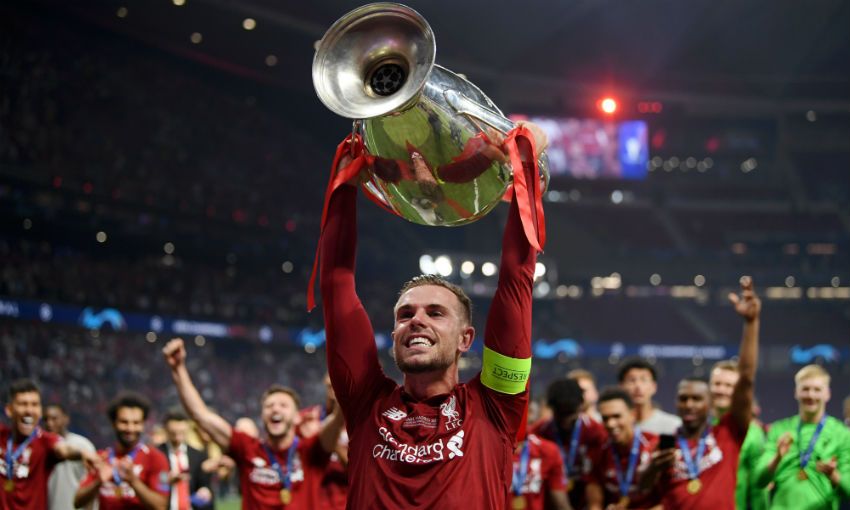 The consistency and selflessness Jordan Henderson has displayed throughout his Liverpool career ensures he will go down as a club great, according to Jan Molby.

The midfielder became the fifth captain in the Reds' history to lift the European Cup after he and his teammates overcame Tottenham Hotspur in Madrid at the start of the month.

And in Molby's view, Henderson raising the Champions League trophy aloft at Estadio Metropolitano was a fitting reward for eight seasons of dedicated service.

"It's often overlooked how important these people are," the Great Dane, who made 292 appearances for the club between 1984 and 1995, told Liverpoolfc.com.

"But at Liverpool Football Club we're very proud of our history and if you go through all of the great teams, we can all name the great players – but [also] the ones who were there every week, produced every week that, through history, become great players.

"Once Jordan is gone, people will look at the void that he leaves and think, 'Oh wow'."

The European Cup represented the first piece of silverware Henderson has won since succeeding Steven Gerrard as club captain in July 2015.

And Molby credits the 28-year-old with having a resolute personality that serves the best interests of the team.

"It's much more important now than it ever was," the former playmaker continued. "We never thought about the importance of characters in the dressing room because we felt we had nothing but characters.

"He's never been scared of sort of confronting the criticism he's had – by that I mean, you go out and play your game.

"Some people try to change their play, other people buckle under that constant, 'Can we get somebody better?'

"The biggest compliment you can have as a player is if the manager keeps on picking you."