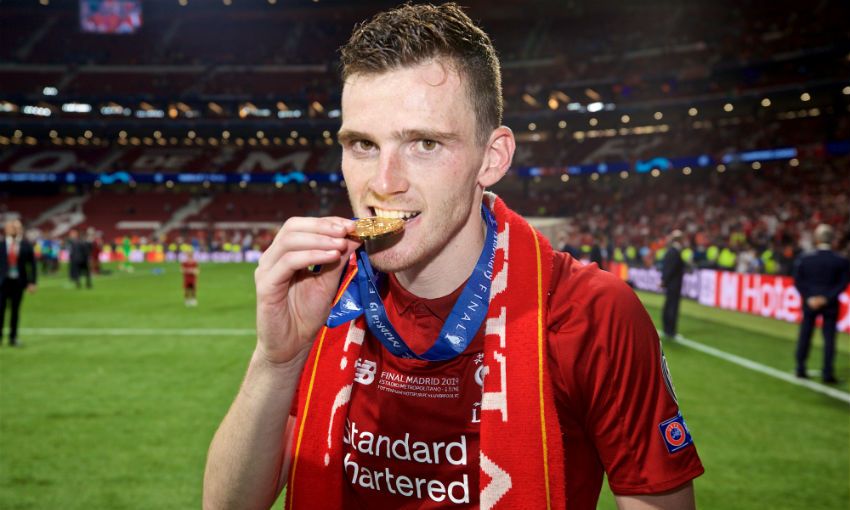 Jose Enrique had a simple message for Andy Robertson hours after the Liverpool full-back lifted the European Cup: 'You're the best left-back in the world'.

Robertson's fine performances for Jürgen Klopp's side throughout 2018-19 were recognised with inclusions in the PFA Premier League Team of the Year and UEFA's Champions League squad of the season.

And former Reds defender Enrique declared his admiration to the current occupant of his old position at the team's celebrations in Madrid following their victory over Tottenham Hotspur.

"I said to him after the game at the party, for me, he has been the best left-back in the world this year," the Spaniard told Liverpoolfc.com.

"Jordi Alba has been good as well but he [Robertson] has been unbelievable. He's given a lot of assists, contributed to the team offensively and defensively as well.

"He has been, for me, one of the best players for Liverpool this year."

Enrique was speaking from Hong Kong as he prepares to feature for Liverpool FC Legends in an encounter with their Borussia Dortmund counterparts on Saturday.

It's a symbolic occasion for the retired 33-year-old, having recently had a tumour from his brain removed.

"It's an amazing feeling, it's been a very difficult year for me and my family," he continued.

"On the 12th it's going to be a year since my operation. So a year later, I'm here, I'm alive and I can play football. I'm really happy about that.

"To get the chance to come to Hong Kong, somewhere I have never been, and play for Liverpool again is very, very nice."