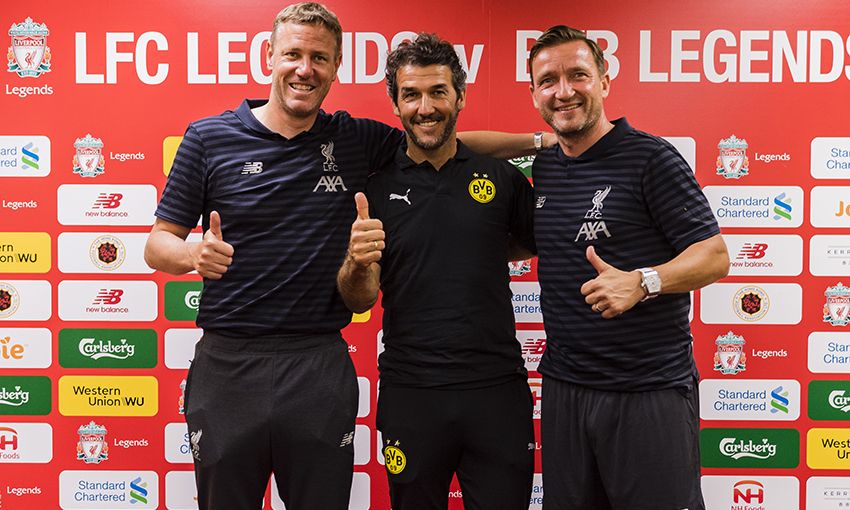 Liverpool FC Legends Vladimir Smicer and Stephane Henchoz have arrived in Hong Kong ahead of Saturday's game against their Borussia Dortmund counterparts and can't wait to play in front of the region's 'incredible' fans.

The match, which takes place at the Hong Kong Stadium on June 8, will bring together the likes of Patrik Berger, Robbie Fowler and Luis Garcia as a star-studded Liverpool team take on a BVB side featuring former Red Karl-Heinz Riedle.

During a press conference at the 40,000-capacity venue, Smicer and Henchoz, along with Dortmund legend Riedle, spoke about their excitement at meeting all of the fans during the visit.

Smicer added: “It’s all about being part of Liverpool FC – a family club with supporters worldwide and Hong Kong is no different.”

The Legends game at the Hong Kong Stadium will top off a successful season for Liverpool, which was completed by a fantastic win in the Champions League final in Madrid last weekend.

The match will give Liverpool supporters in the region a special opportunity to come together with their club and tickets are now available by clicking here.