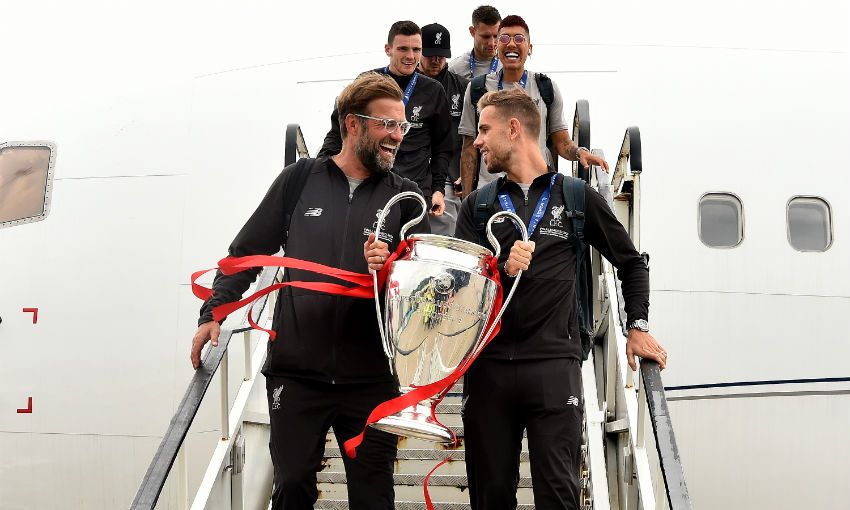 Liverpool have returned to Merseyside with the Champions League trophy in hand - and our photographer captured the squad's departure from Madrid and arrival into John Lennon Airport.

The Reds will now parade the European Cup around the city of Liverpool following the 2-0 victory over Tottenham Hotspur at Estadio Metropolitano.

Our photo gallery below shows the players and staff step on and off the flight as the celebrations continue.