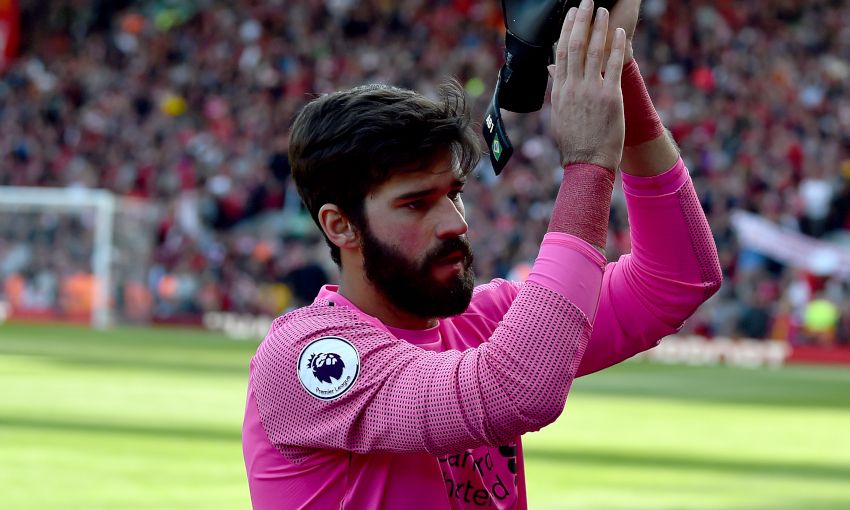 Liverpool goalkeeper Alisson Becker has been appointed a goodwill ambassador by the World Health Organization.

The 26-year-old was confirmed as one of four new ambassadors set to ‘promote healthier lives, stronger health workforces and improved mental health globally’.

Alisson and his wife, Dr Natalia Loewe Becker, a medical doctor and health advocate from Brazil, were named WHO goodwill ambassadors for health promotion.

We are honoured to be appointed @WHO Goodwill Ambassadors for health promotion. We are determined with work with WH… https://t.co/fYXBqUG4H9

“Each of our new ambassadors are champions in their own right,” said WHO director general Dr Tedros Adhanom Ghebreyesus as he announced the appointments at the 72nd World Health Assembly in Geneva.

“From helping their communities rebuild and develop sustainably, to fighting for better mental health and wellbeing, to being role models for healthier living.”