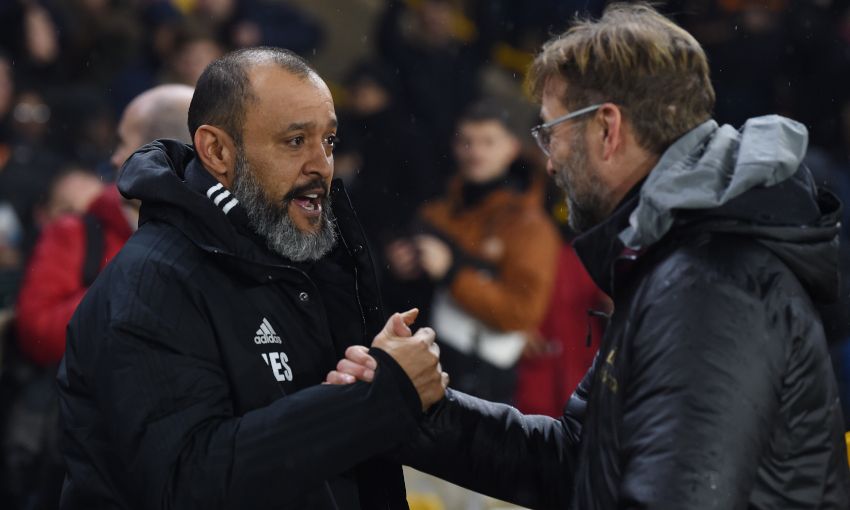 Jürgen Klopp today heaped praise upon Wolverhampton Wanderers after Nuno Espirito Santo’s side marked an impressive return to the Premier League with a seventh-place finish.

The West Midlands club provide the Reds’ final opposition of the top-flight season at Anfield on Sunday afternoon, with the hosts still in contention for the league title.

And while much of the pre-match talk has centred on Liverpool’s battle with Manchester City for the Premier League crown, Klopp has warned Wolves will pose a stern threat to his team’s hopes of collecting three points.

The manager said: “They are a talented team. They have Moutinho in midfield, Ruben Neves in midfield and whoever plays with the boys there, Dendoncker or whoever, that is just quality.

“They have good spirit, good match plan, it’s just good, so that makes them [difficult].

“But now we don’t play the first time against a team that’s really good in counter-attacks. If we have to, it’s normal we have to take care of that – and that’s what we will do.

“There are three days we have to play and until then, we will be prepared, I’m sure.”