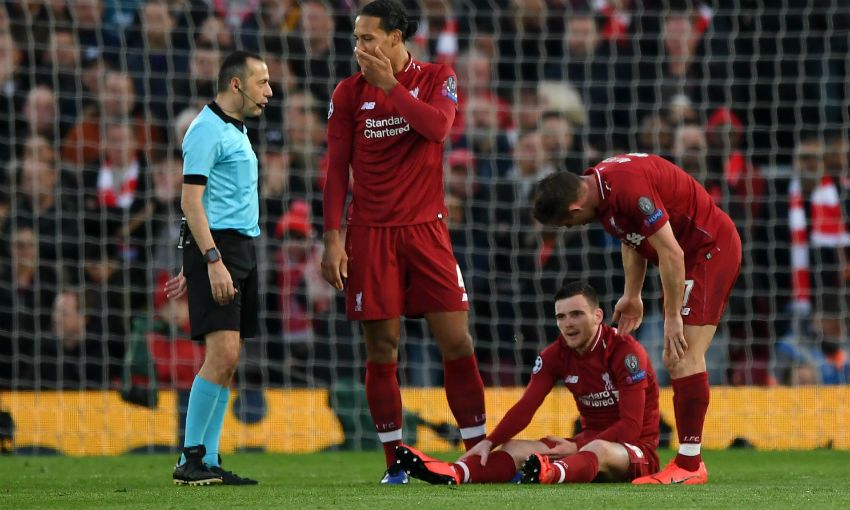 Andy Robertson will undergo a scan on Wednesday to determine the extent of the calf injury he sustained during Liverpool’s remarkable 4-0 win over Barcelona.

The left-back came off at half-time in the Champions League semi-final second leg at Anfield following a collision with Luis Suarez shortly before the break.

Jürgen Klopp revealed post-match that Robertson’s issue was with his calf, and the Scotland captain offered some detail on the problem in the tunnel.

“It doesn’t feel the best at the minute but I’ll get a scan tomorrow,” Robertson told Liverpoolfc.com.

“They’re confident that it’s just a nerve or whatever and it can be maybe a couple of days, but we’ll wait and see. We can’t really comment until I get the scan, but I’ll be saying my prayers tonight.”