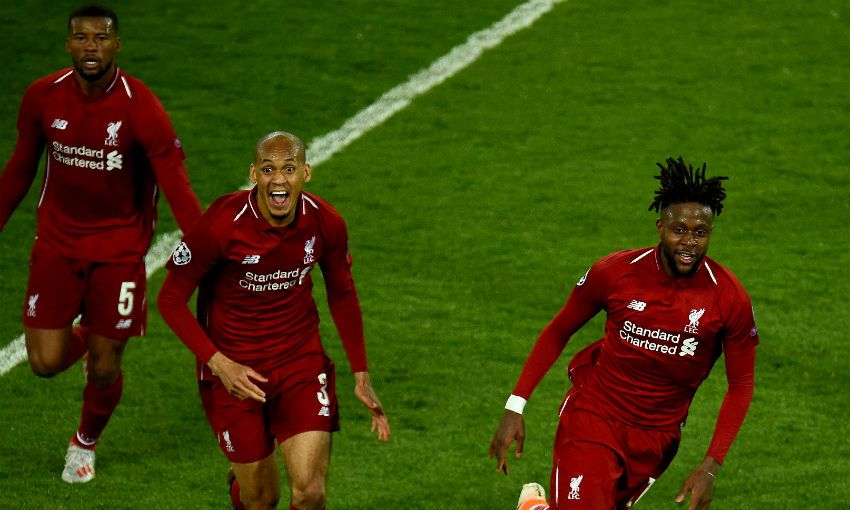 ‘Special’ and ‘unbelievable’ were the words Divock Origi chose to describe Liverpool’s latest, and perhaps greatest, feat of European escapology.

The Belgian’s brace sandwiched a double from Georginio Wijnaldum as Liverpool found a way to overcome the odds on an unforgettable night in L4.

Speaking to BT Sport post-match, Origi said: “I think It was more about the team. We did so well, we fought and we knew it was going to be a special night. We wanted to also fight for the injured players.

“It's just special. It's hard to describe with words. You can feel it, you can hear it. Unbelievable.

“We fought so hard. Robbo's a fighter and we knew it could have an impact of the players. Even me at the end, I had some cramps. We did it. It shows we have a good mix of talent and hard work. It's special for us because we go to the final this time.”

Trent Alexander-Arnold’s quick thinking from a corner enabled Origi to stroke in the fourth and decisive goal of the night, and the right-back provided a descriptive summing up of his delivery.

“I think it was just instinctive,” said the No.66.

“It was just one of those moments where you see the opportunity and obviously Div was switched on to finish it off. It probably came at him a bit fast but he's a top player, scored two goals for us tonight and I think it's one of them where everyone will remember this moment.”