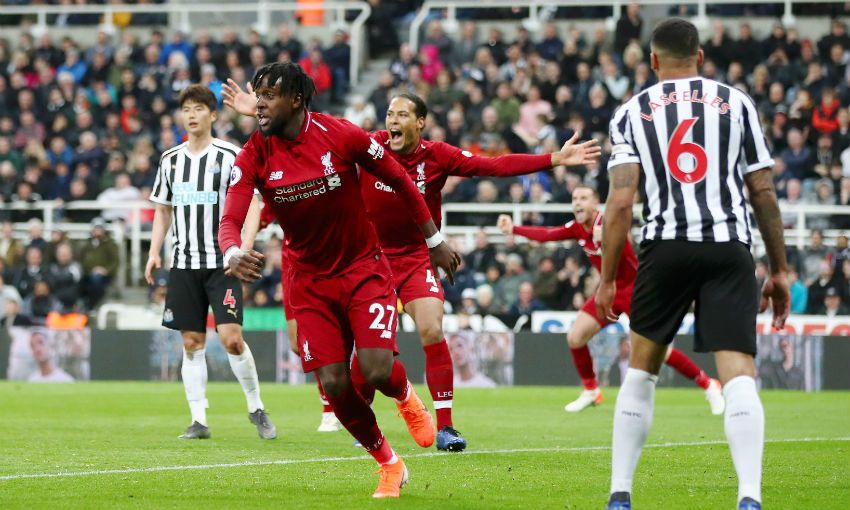 Origi's flick-on header in the 86th minute at St. James' Park saw the Reds pick up a vital victory that takes the Premier League title race down to the final day.

The Belgian replaced Mohamed Salah, who was carried off on a stretcher, with the scoreline locked at 2-2 after the hosts had pegged Liverpool back on two separate occasions.

Speaking to Sky Sports after the match, Origi said: "Today was a big fight. We knew it beforehand.

"We came here with a big heart, it wasn't easy and you could see they were also willing to come back. But in the end we showed our fighting spirit and we got the three points.

"I just try to do whatever I can and I'm happy I'm scoring late winners. I'm happy for the team, it's very important for us.

"We work so hard and we know it's a crucial part of the season. And also for Mo who came out, we just felt like we had to fight for the three points."

Jürgen Klopp's side welcome Wolverhampton Wanderers to Anfield in the 38th and final match of the league campaign, while Manchester City travel to Brighton and Hove Albion.

Origi insists the mentality within the Liverpool dressing room will remain entirely the same ahead of next Sunday - focused and determined.

"It's a lot of emotion, but we have to control it," he added. "It's very exciting, it's a special season and until now we did very well.

"We want to finish it off in style. Let's see how the remaining games go. We'll do everything to win everything and hopefully it comes out our way."