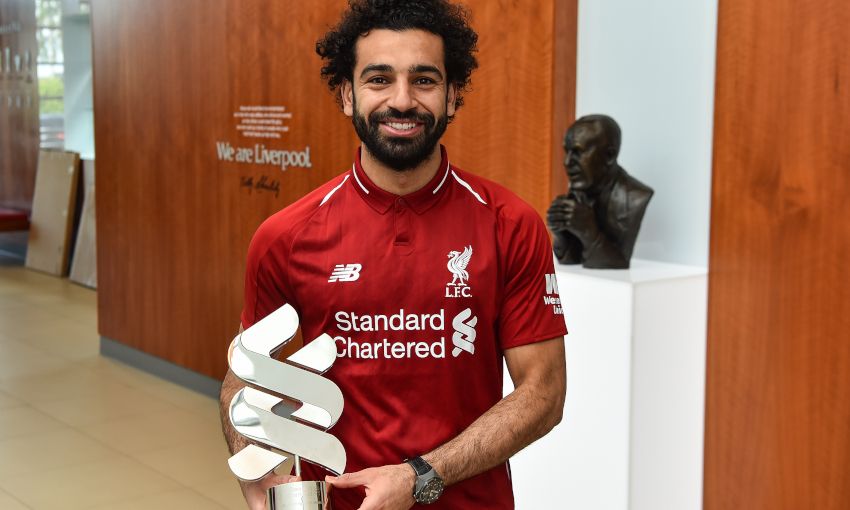 Mohamed Salah has been named Liverpool's Standard Chartered Player of the Month for April.

The No.11 was in outstanding form across the Reds’ six games in the period, scoring five times – including the club’s Goal of the Month winner with a thunderous drive against Chelsea.

Salah had previously helped Jürgen Klopp’s side beat Southampton away from home with a clinical counter-attack strike and, later in the month, notched once at FC Porto and twice in the home rout of Huddersfield Town.

The Egypt international saw off competition from fellow forward Sadio Mane and the captain, Jordan Henderson, to take the prize – voted by fans – for the third time this season.

Upon collecting the award at Melwood, he told Liverpoolfc.com: “It was a great month for us; there were important games and we won them [all]. I’m very happy about that.

“Now it’s the last game of the season and we’re in the final of the Champions League, which is something great. That’s the most important thing.”

Salah revealed the long-range screamer past Chelsea, in a vital Premier League win at Anfield, ranks among the finest efforts of any month in his career so far.

“That was one of my favourite goals ever,” he added. “It was a great goal for me and helped the team to win the game, which is something great.”