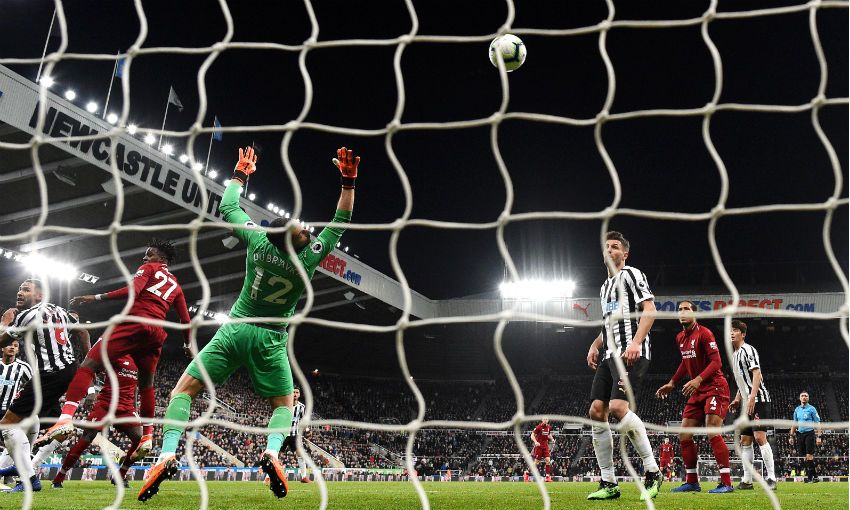 A defiant Liverpool scored a late winner to beat Newcastle United 3-2 in a thrilling encounter at St. James' Park on Saturday evening.

Divock Origi scored in the 86th minute after the hosts had pegged the Reds back on two separate occasions.

Virgil van Dijk broke the deadlock in the opening quarter of an hour before Christian Atsu levelled. Mohamed Salah then restored Liverpool's advantage until Salomon Rondon equalised shortly after the half-time break.

Spirited Reds take it right to the end

So the destination of the Premier League trophy will be determined on the final day of the season.

Liverpool just about found a way to win and the pressure is now on Manchester City to ensure the title race remains in their own hands.

The Reds currently sit top of the standings, but Pep Guardiola's side face Leicester City on Monday night.

Both teams play at the same time next Sunday, with Wolverhampton Wanderers visiting Anfield and City travelling to Brighton and Hove Albion.

Liverpool's excellence from dead-ball situations has paid dividends. They have now scored 22 goals from set-pieces this season - more than any other team.

Van Dijk scored off the first of two at Newcastle, nodding in Trent Alexander-Arnold's corner kick. But the goal resulting from Xherdan Shaqiri's whipped free-kick may prove to be the most important of Liverpool's season.

The second-half substitute crossed from the right-hand side and found Origi. The striker's flick-on header bounced off the head of Jamaal Lascelles and into the back of the net. 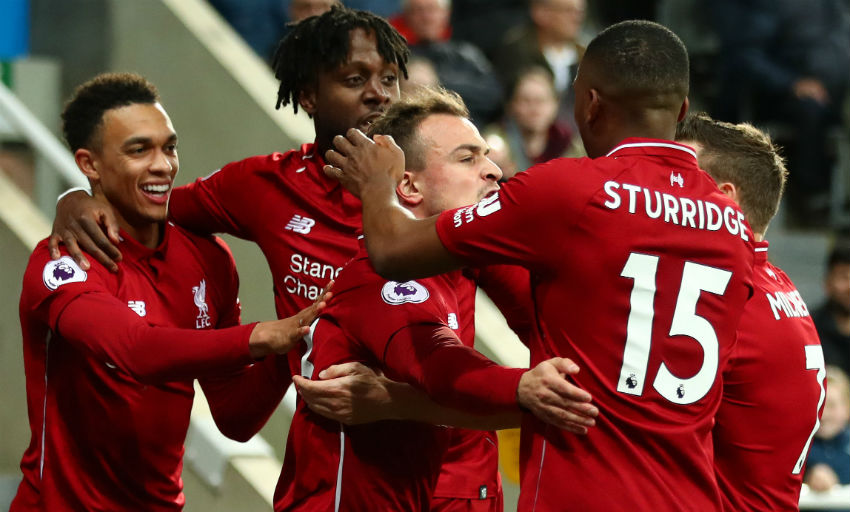 It's another match-winning intervention off the bench from Origi, who scored an injury-time winner over Everton in December. The full importance of them won't be known until next week.

The precious three points claimed on Tyneside mean Liverpool's tally in away league fixtures this season tot up at 44.

It's therefore the Reds' most successful season on the road, eclipsing the 43 points amassed in the 2008-09 campaign.

The victory over Newcastle was also the team's 13th away victory in the Premier League this term - and that figure matches a milestone that has stood since 1904-05.

A touch of genius

Salah netted his 22nd league goal of the campaign before being carried off on a stretcher in the second half after a collision with Martin Dubravka.

But the Egyptian got on the scoresheet in rather rare circumstances, putting Liverpool 2-1 ahead in the 28th minute by neatly side-footing Alexander-Arnold's delivery beyond Dubravka with his right foot.

Of his 22 goals this term, only four of them have been scored with his right boot.

The quality of the finish, however, would have you believe that's his natural foot.

Another significant statistic for the right-back was that assist No.12 and No.13 in all competitions at St. James' Park put him level with Andy Robertson in the long-running battle to create the most amount of goals this term. 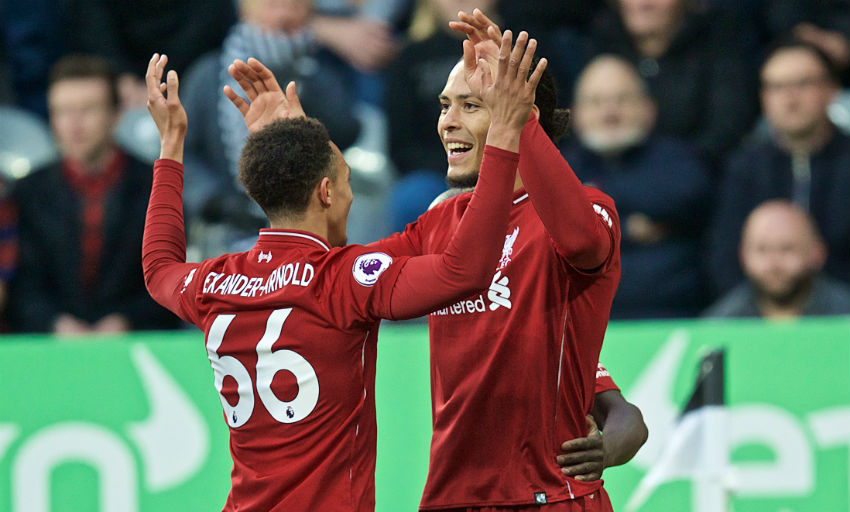 The 20-year-old delivered the out-swinging corner kick that was met by Van Dijk before his extremely inviting cross was guided into the net by Salah.

He's the first Liverpool player to record two assists in a league game away from home since December 2017.