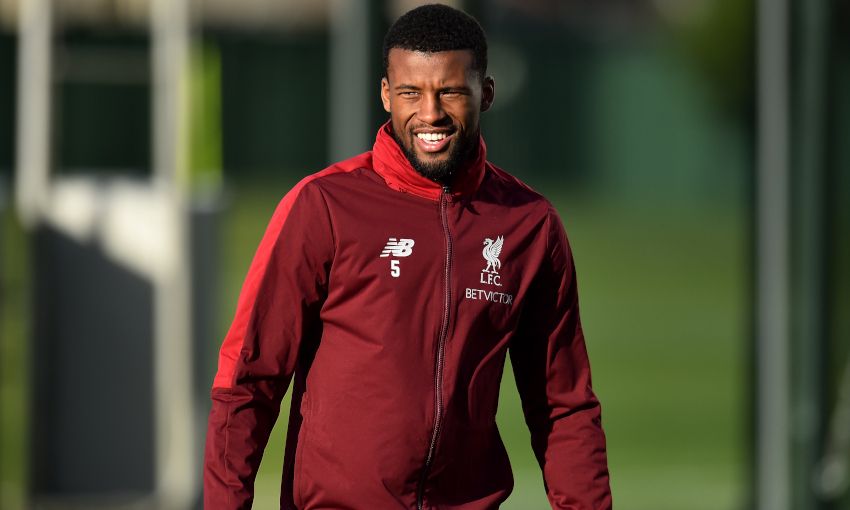 Liverpool are facing a defining eight days in their season, but Georginio Wijnaldum is steadfast in his belief that their only focus is on trying to defeat Newcastle United this evening – and not what’s to come or may happen elsewhere.

The Reds are aiming to return to winning ways after a 3-0 defeat by FC Barcelona in the first leg of the Champions League semi-final at Camp Nou on Wednesday.

They know if they’re successful in their pursuit at St. James’ Park – the penultimate league fixture of the campaign – Jürgen Klopp’s team will return to the top of the Premier League table, two points ahead of Manchester City, who are not in action until facing Leicester City at home on Monday night.

Ahead of tonight’s meeting with his former club, Wijnaldum sat down with Liverpoolfc.com at Melwood to look ahead to a return to the north east, discuss how the Reds can bounce back from their disappointment in Catalonia, and also his deployment in an advanced role against Barca...

LFCTV GO: Wijnaldum looks back on Barca and ahead to Newcastle

Gini, a couple of days on from an ultimately disappointing night in Barcelona - how do you look back upon it now?

Of course, I am disappointed by the result, especially the way the game ended. But on the other side, I am also proud of the way we played, the way we created chances, although unfortunately we could not score a goal. That’s the biggest disappointment. In the end, I think we played a good game, but the bad thing is we conceded three goals, that makes it really hard to go to the final.

The manager said after the game it was our best away performance in the Champions League – are there positives to be taken?

Yes, for sure. I think when we played Roma last year, we started really well but we didn’t finish the game well. Against Barca, the way we played… we wanted to play and we did. We counter-pressed to make it as difficult as possible and to try to make it a really intense game. I think that worked quite well. Beside that, we played good football, created chances, but the only bad thing is we didn’t score a goal – or goals – with the chances we created and conceded three. Everyone who watched the game will say another scoreline would have fit more with the way the game went.

Was the performance a marker of the team’s development in the last couple of years?

Yes, you could say that. I think we’ve progressed every year; we’re more consistent than in the years before. You can see year after year that we’ve gotten better as a team, so of course it is a marker, but in the end a marker will not help you – we still lost 3-0 and still have to try to change it around.

It wasn’t our night. Time to band together and be on top of our game in the next matchups, and bounce back 👊🏾 Thank… https://t.co/ZUGHAaPfu7

It was two years ago you scored such an important goal against Middlesbrough to help get us into the Champions League qualification stages. Now, we’ve reached consecutive semi-finals and are challenging for the league title…

You touched upon on it earlier, but despite the signs of progression and the positives that can be taken from the performance, ultimately nobody is happy with a 3-0 defeat…

No, nobody is happy. Of course, if you look at it overall you can say we’ve progressed a lot during the season, but as I said, it will not help to make us feel better because we’ve just lost 3-0. We still have to play one more game to see who will go to the final; it will be really hard because now we have to score four goals and try not to concede against Barcelona, which is really tough. But it’s not impossible.

Just a word on your position on Wednesday night, operating a bit further forward than normal. How did you find it?

It is a nice position to play, but I didn’t know how tough it was until I played there. After the game I said to Bobby that I have a lot of respect for him in the way he plays – and also that he does it for a whole season – because it’s a tough position to play, especially the way he plays it because he plays as a striker and also an extra midfielder. He puts a lot of effort in every game to make it easier for the team. It’s a special thing if you can do it for a few games, but he does it for a whole season and that’s quite tough. I take my hat off to him for that.

So next up is Newcastle. After the game in Barcelona, a few of the lads spoke of the importance of allowing for no hangover from midweek…

It’s a really important game because we need to get a win there to still have a chance to be champions at the end of the season, so that’s one thing that makes it important – but also to bounce back from the defeat to Barca. It’s going to be really tough. I played there for one season and I know how they play against big teams, it’s always difficult for good teams to win away games there. I know from experience that it’s going to be really tough, so we have to be really conscious of that and give 100 per cent because otherwise it will be really difficult to win the game.

This is a team that has shown consistency and has a mentality that is capable of reacting well to setbacks, hasn’t it?

For sure. That’s what we have to do. Not only because we’re playing to win a title, but also to bounce back and get the confidence back of winning games again.

As you said, Newcastle had a very solid season and can hurt teams, so it’ll be difficult…

They’ve done quite well this season, especially in the last few games. They’re winning games and I think when you analyse them, you can see they’re a really, really tough team to beat. Out of experience, I know how it is to play there and also to play against big teams who are coming to Newcastle to play. It’s quite tough to win there and it will be again for us. Last season when we played there, it was quite a hard game – it finished 1-1, but it was a really, really hard game. 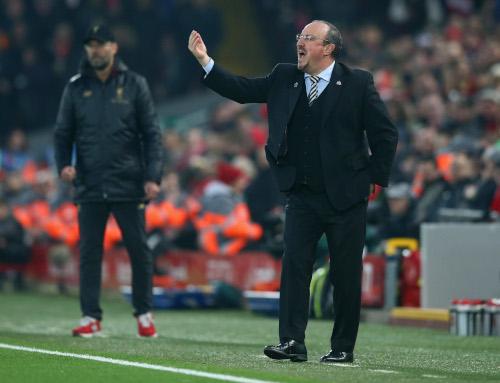 They’re a club you know well and have fond memories of...

With Manchester City not playing until Monday night, how important will it be to make sure they go into their game two points behind?

I think we must play the game just to win it – not to try to put pressure on Manchester City. We can’t control their performance or their result, only our own. We have to focus on our game, try to win and then we will see what Manchester City do.

Is it a case of we have to keep going until the season is over and it’s all decided?

That’s the mindset we must have because otherwise we’ll be busy with other things that we can’t control. We can control our own performance, so the focus has to be on that – not on City or Barcelona and these kind of things.