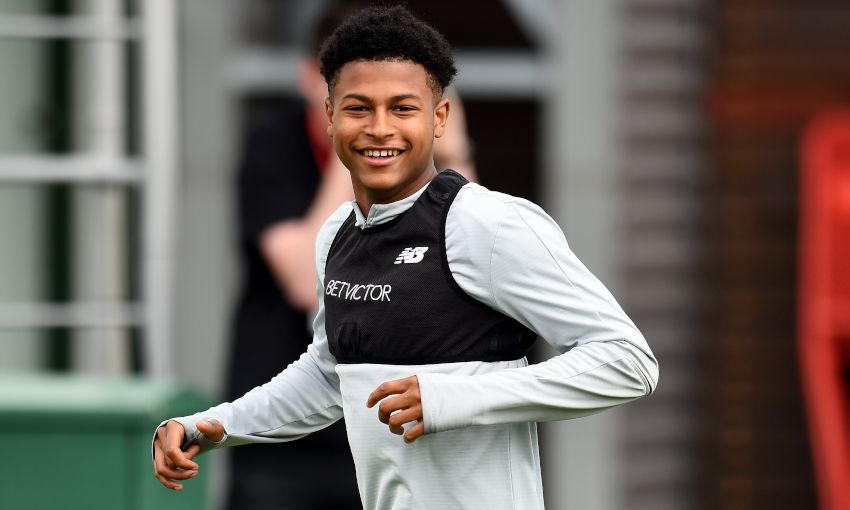 Jürgen Klopp has explained why Rhian Brewster has been included in Liverpool’s 23-man squad for the trip to Barcelona and predicted: ‘Next season will be his season.’

The 19-year-old striker, who has recently returned to action for the U23s after over a year out with a knee injury, was part of the travelling group of players that departed for Spain on Tuesday afternoon for the Champions League semi-final, first-leg tie.

“He is the next really exciting prospect,” Klopp told Liverpoolfc.com. “If you see him training… next season will be his season, his first real season.

“He is now physically an adult, he grew a lot, he worked a lot and the training session today was, to be honest, pretty impressive.

“He is with us, he is our player and we want to have him around. In this case I thought, ‘Come on, it’s Barcelona, let’s give him a first sniff.’”