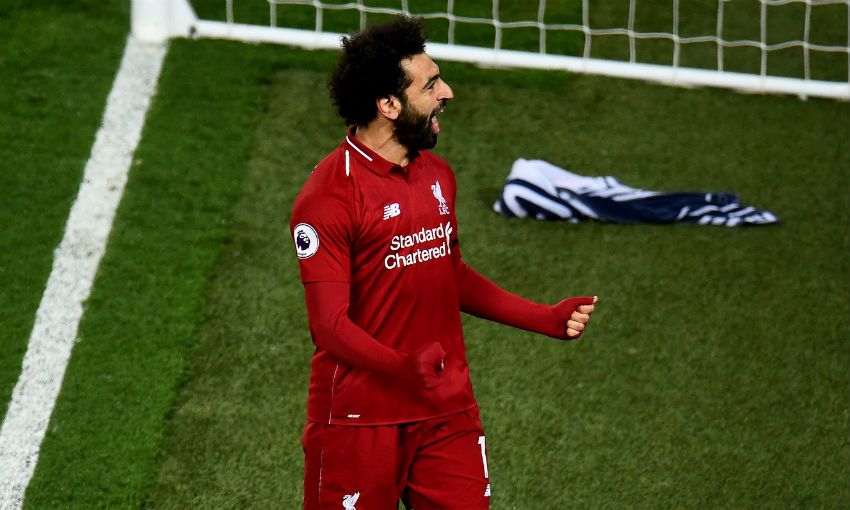 Mohamed Salah set a new Liverpool record with his double against Huddersfield Town on Friday night.

The No.11 scored once in each half during the 5-0 Premier League win at Anfield, which represented his 100th appearance in all competitions for the Reds since signing from AS Roma in the summer of 2017.

Salah’s second goal of the evening increased his tally for the club to 69 – a record for a Liverpool player in his first century of games.

The Egyptian moved ahead of both Roger Hunt and Sam Raybould (both 68 goals) to achieve a new benchmark in Reds history.