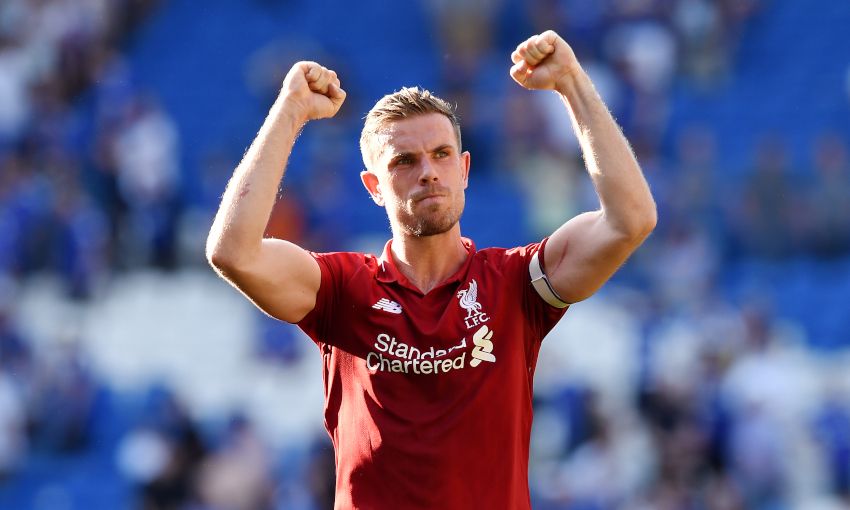 Liverpool will not give up their pursuit of the Premier League title until the last kick of the season, insists Jordan Henderson.

The Reds once again assumed a two-point lead over Manchester City at the summit on Sunday courtesy of a determined performance at Cardiff City that yielded a 2-0 win.

City’s game in hand arrives on Wednesday night, when Pep Guardiola’s team will face their neighbours in a pivotal Manchester derby.

Whatever happens at Old Trafford, though, Liverpool intend to push the reigning champions right until the end in their remarkable tussle for the trophy.

“It’s a big result for us and we want to keep fighting right until the end, to keep winning games,” Henderson told Liverpoolfc.com after goals from Georginio Wijnaldum and James Milner defeated Cardiff.

“It was a different type of test for us and I thought we came through it really well. We’ve got to keep believing, keep our confidence going and win as many games as we can.” 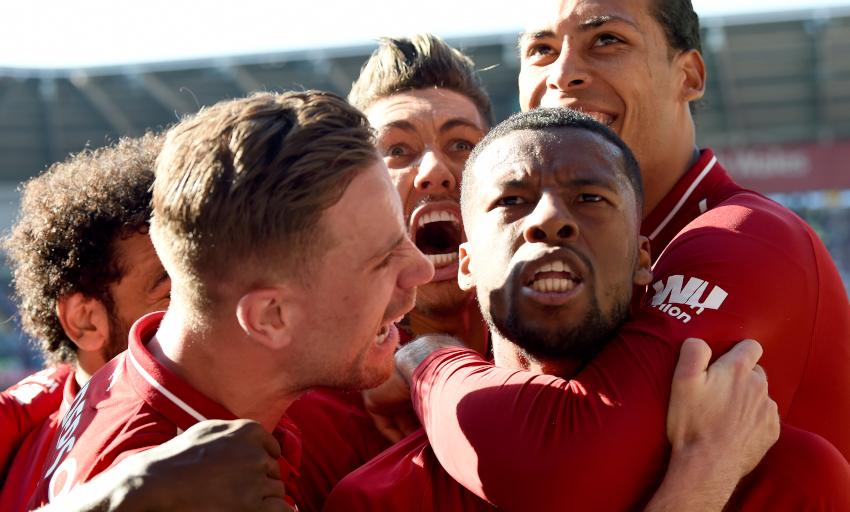 “The conditions were difficult but I thought we dealt with that really well and dealt with the game, coming back off the big win we had in midweek.

“They were fighting for their lives so we knew it would be difficult. We had to be patient and keep probing while making sure we were defensively organised.

“Overall, we have got to be very happy with the performance and obviously the three points.”

A half-time discussion between the players proved the catalyst for Liverpool’s breakthrough in Wales, with the plan for Trent Alexander-Arnold to pick out Wijnaldum with a lower delivery from a corner working perfectly.

“It’s a brilliant finish,” added Henderson. “To be fair to Gini, we spotted something and thankfully it was a great ball by Trent and a great finish.”

And the clinching goal came via Milner’s cool penalty, the substitute doubling the Reds’ advantage late on after Mohamed Salah was fouled inside the area.

The skipper said: “It was a brilliant penalty, another big penalty for us, a fantastic finish again from him and that killed the game off for us really, so it was another important goal.”