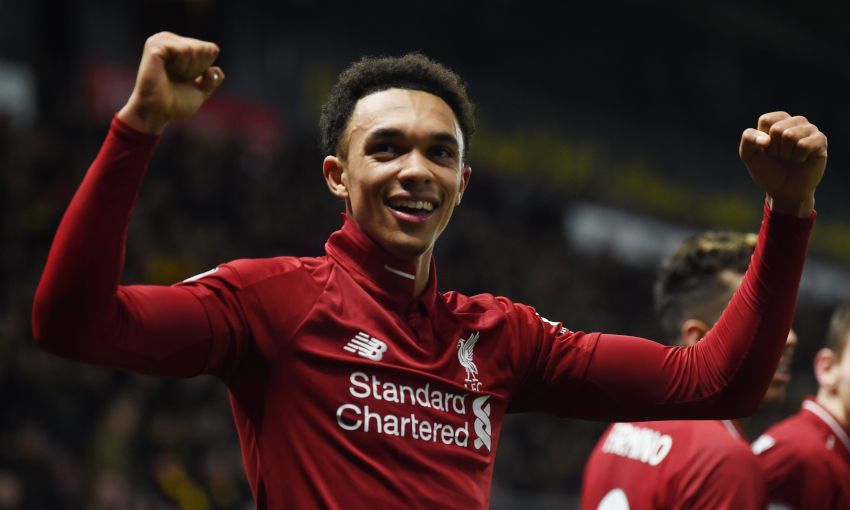 Trent Alexander-Arnold has been nominated for the PFA Young Player of the Year award.

The Liverpool right-back’s spot on the shortlist for the prestigious accolade was confirmed on Saturday morning, in recognition of the No.66’s excellence throughout the current season.

Alexander-Arnold has made 34 appearances so far this term in all competitions, scoring once and providing nine assists as the Reds battle for Premier League and Champions League success.

The winner will be revealed at the 2019 PFA Awards at Grosvenor House in London on April 28.

The last Liverpool player to claim the accolade was Steven Gerrard in 2000-01.

Elsewhere, Sadio Mane and Virgil van Dijk are on the six-man shortlist for the PFA Players’ Player of the Year award.