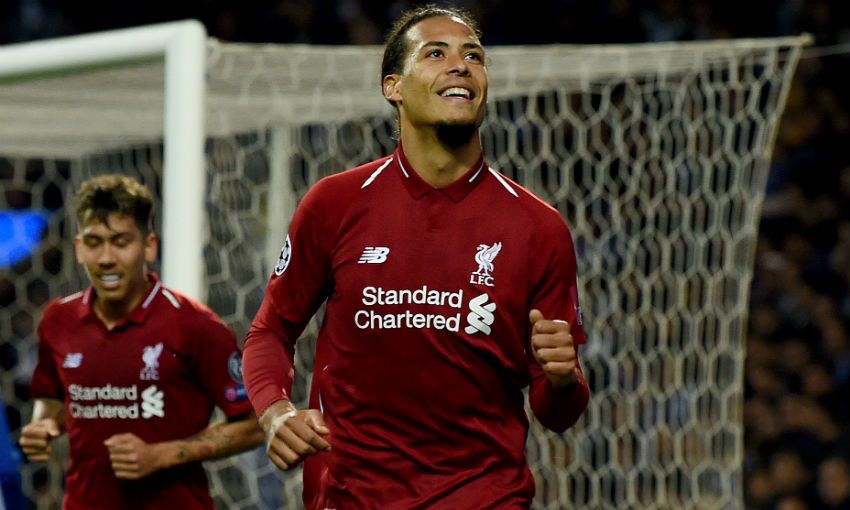 A collective effort is required if Liverpool are to restrict Lionel Messi’s influence on their Champions League semi-final against Barcelona, Virgil van Dijk believes.

The Reds must overcome Barca to reach a second successive final in Europe’s top club competition, with the sides having each booked their places in the last four with resounding quarter-final victories this week.

Van Dijk was on the scoresheet to help Jürgen Klopp’s team register a 4-1 win at FC Porto in their second leg on Wednesday - 24 hours after a Messi-inspired Barca had beaten Manchester United 3-0 at Camp Nou.

The fact the Argentinian’s double against United took his goal tally for the season to 45 in just 42 appearances merely underlines the scale of the defensive task awaiting Van Dijk and his teammates over two legs separated by just six days.

But being part of a joint attempt to shackle Barca’s talisman is a challenge the centre-back is looking forward to.

“It’s going to be a great match-up for all of us. It’s about doing it all together, it’s never one-v-one, it’s never just me against a particular striker.

“It’s always us against everyone and I think that’s the only way we can defend well.

“It’s going to be very hard [to stop Messi]. I think he’s the best player in the world but we’ll see. We're very happy to be in the semi-final again.”