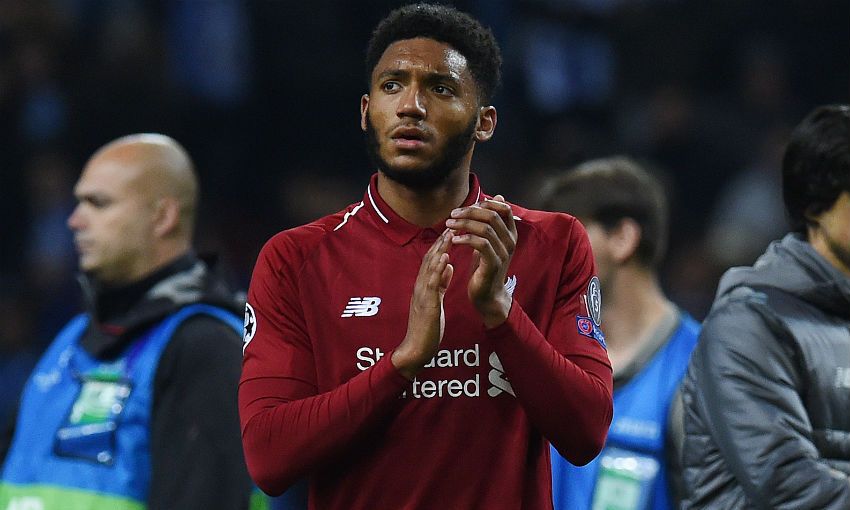 Joe Gomez is relishing the prospect of taking on Barcelona, with the Liverpool defender declaring: 'This is what the Champions League is about.'

The Reds reached the semi-finals of Europe's premier club competition for the second season in a row by beating FC Porto 6-1 on aggregate in a last-eight tie.

Two encounters with Lionel Messi and co now await Jürgen Klopp's side, with the Spanish champions knocking out Manchester United on Tuesday.

However, Gomez stressed nobody in the Liverpool dressing room had considered a potential trip to Camp Nou prior to Wednesday's second leg at Porto, which ended in a 4-1 victory for the visitors.

"We haven't really thought about it [the Barcelona tie] until now," the England international told Liverpoolfc.com.

"Obviously we knew it was set in stone who we'd get. We knew we had to see out this game and [not] underestimate them [Porto].

"It'll be a difficult game. They're one of the best in the world clearly and they've probably got the best player in the world and many others around him.

"So it's going to be a difficult game, but that's what the Champions League is about. You don't get this far to have easy games and we know you have to earn your place in the next round."

Gomez made his first senior appearance since December at Estadio do Dragao when he came on as a second-half substitute.

Sadio Mane, Mohamed Salah, Roberto Firmino and Virgil van Dijk were on the scoresheet as Liverpool built on their two-goal advantage from the first leg.

The No.12 continued: "We knew, coming here away from home, it would be a different game. We had to be prepared for them to come out strong and it was difficult in the first 30 minutes, but we managed to get a goal and then the boys saw it out and it was a good result in the end.

"We knew we had to treat this as a separate game and play as we do. Us getting the goals obviously helped and that’s us being us."