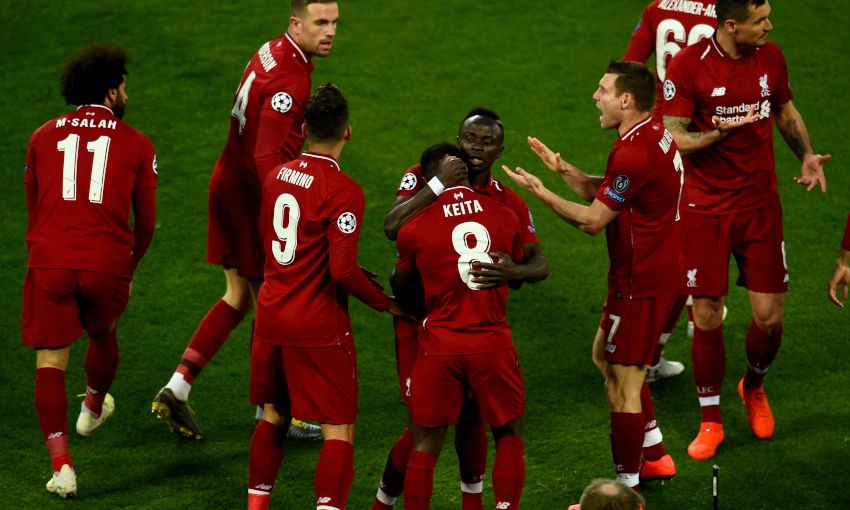 Keita opened his Liverpool account at Southampton last Friday and then set the Reds on course for a 2-0 Champions League win over FC Porto on Tuesday night at Anfield.

His fifth-minute breakthrough against the Portuguese side was the start of a hugely influential performance by the summer 2018 signing, who showed the range of his creative and defensive qualities.

But, according to Mane, there is still a lot more talent for his friend and teammate to express as he continues to settle at the club.

“It is going well for him and everyone is very happy,” Mane said of Keita.

“I just talked to him to do what I can to help but Naby is a big boy, so he knows how football can work and sometimes not. He knows that, so he is very positive and he knows he can do more. I am sure he can do more.

“We have a lot more to see from him and I am sure we will see it. I’m trying to help him and everyone in the team and the coach as well. It is not easy to move from Germany to change club, especially as the league is not the same.

“It is part of the things you have to deal with and he is working hard every single day. The real Naby is coming still. He played well the last two games. I know him very well and there is more to come.”

The pair first crossed paths professionally at Red Bull Salzburg, when their spells at the Austrian club overlapped briefly in 2014.

And Keita’s experience there is indicative of how the midfielder can blossom over time, explains Mane.

“The first time he came to Salzburg, he was the same. He was not playing for a while but he was really positive and after he was the star of the team,” he added.

“It was very tough for him but he never stopped working hard. I am 100 per cent sure he will do incredibly well. He scored two goals and I think it boosts his confidence.”