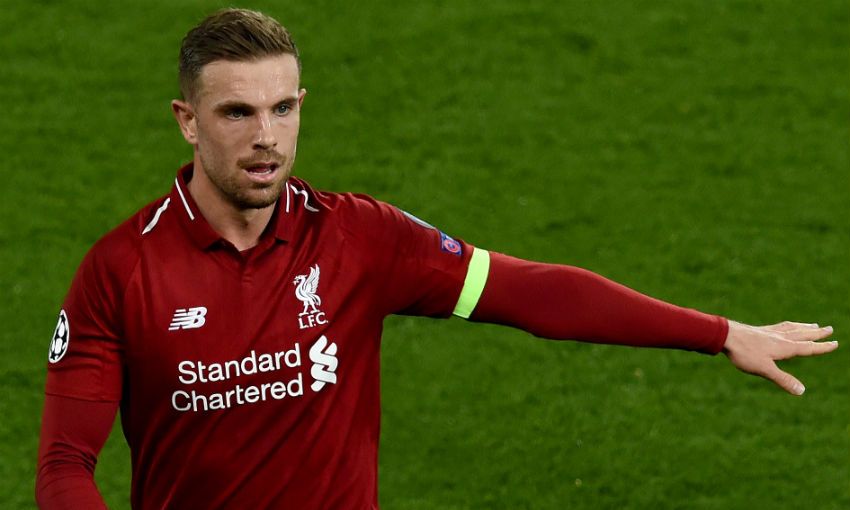 Jordan Henderson has revealed details of a chat with Jürgen Klopp that resulted in him being deployed in a more advanced role during Liverpool’s last two matches.

The captain once again performed impressively after starting Tuesday’s victory over FC Porto further forward in the Reds’ midfield, following on from his influential contribution off the bench in last week’s win against Southampton.

After that 3-1 success at St Mary’s, which was sealed by Henderson’s late goal, Klopp said that he had held talks with his skipper regarding his place in the side, with the No.14 having ptreviously been stationed mainly as Liverpool’s ‘No.6’ during the manager’s reign.

And Henderson explained: “Me and the gaffer just had a conversation.

“Obviously he saw the England games. I felt good playing in that position. I felt more natural and it was something he said he would think about.

“I can do both positions and he sees I can do both. It’s basically what he wants and needs. I felt more comfortable and natural in that position for England, creating chances further up and doing what I enjoy doing. At the same time when I played No.6 I felt I’ve learned that position really well.

“I don’t think the manager had thought about it too much until I mentioned it to him… the manager might not have seen me in that position too much. It’s all about putting the team first, I know that, but at the same time I want to contribute as much as I can. I feel as though I can do that more in a position further forward.

“In the last couple of years there hasn’t really been a player like Fabinho in that role, so I’ve had to adapt to that role. I think I’ve done quite well. I think if you look at Fab, it’s quite natural to him, that’s his position and he’s so good at what you need to do in that position.

“I just thought that might give me a bit more license to get forward more. The manager wants me in both positions, which is good for me and for the team.”