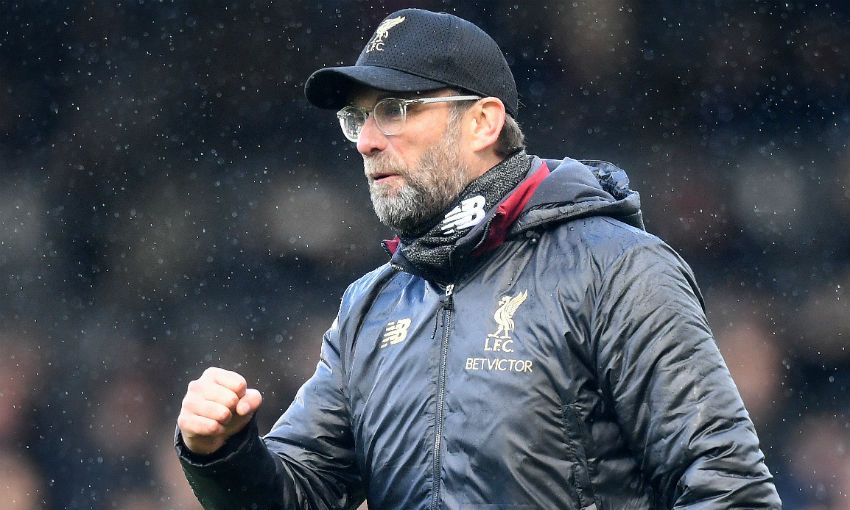 Jürgen Klopp believes the international break will have allowed Tottenham Hotspur to digest and move on from their recent run of form as he expects a 'world-class team' to arrive at Anfield on Sunday.

Three defeats in their last four league outings means Spurs trail Liverpool by 15 points in the Premier League table ahead of their trip to Merseyside.

But with a move to a new stadium on the horizon and Mauricio Pochettino at the helm, Klopp is anticipating a response as club football returns following the latest round of national-team fixtures.

"I think there are exciting times for Tottenham," he said at his pre-match press conference on Friday. "I saw only pictures of it [the stadium] and it looks pretty impressive. They obviously can look forward to that.

"We expect the strongest Tottenham you can expect because I heard nothing about any injury problems or whatever. They had a few over the season but not in the moment, so there will be a strong side here. A world-class team will be here.

"Even without preparing the game - what we did now in the last week, of course - we saw the Champions League games, we saw Tottenham playing, so it's a very good football team - unfortunately very good!"

Liverpool, meanwhile, return to action at the top of the league standings with the finishing line of the 2018-19 campaign firmly in sight as seven matches remain.

In order to make the target of delivering the title much more achievable, Klopp wants his players to have the self-confidence that they can get over the line.

"But the problem is I'm pretty sure Manchester City believes as well, so one will be disappointed at the end of the season. That's how it is.