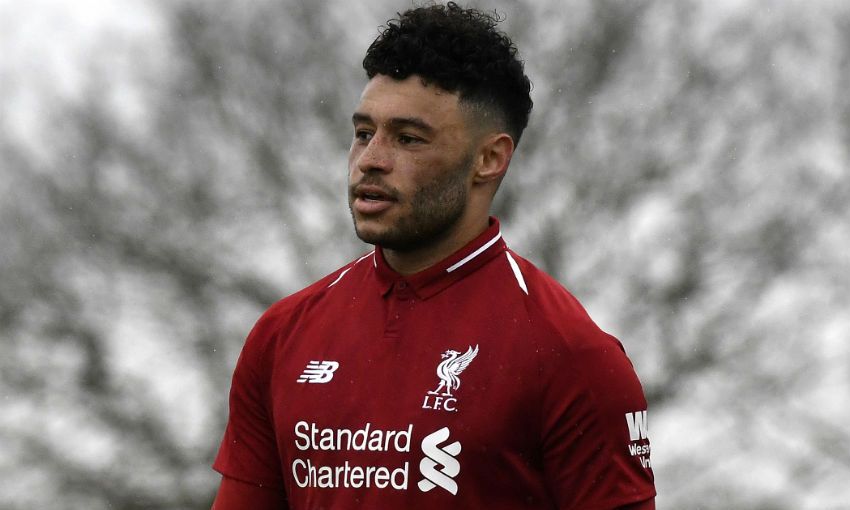 The impending returns of Alex Oxlade-Chamberlain and Joe Gomez will make Jürgen Klopp’s job tougher - and that, James Milner is sure, represents good news for Liverpool.

Klopp provided positive updates on Oxlade-Chamberlain and Gomez’s fitness on Tuesday, with the former expected to resume full training next week and the latter now working on his conditioning ahead of his comeback.

Oxlade-Chamberlain, of course, has not featured at all in 2018-19 due to a serious knee injury, and the midfielder then suffered a minor muscular problem during a run-out for the Reds’ U23s before the international break.

Defender Gomez, meanwhile, has been unavailable since early December due to a lower-leg fracture.

However, both are getting closer to being back in contention - something that pleases Milner with Liverpool heading into a run-in that will define their season both domestically and in Europe.

“I think it’s important that we have everyone available. That’s why you need a squad when you have these sorts of injuries and stuff,” the vice-captain told Liverpoolfc.com.

“Ox has obviously been out a long time and was playing fantastically well before he got injured, Joe the same. He’s been brilliant when he’s played this season and formed a great partnership with Virgil.

“And all credit to Joel [for] coming and stepping in when he’s had his own injury problems - he stepped in straight away like he’d never been away - and obviously Dejan is coming back and things like that.

“So it’s important with the amount of games you’ve got and the intensity of the run-in that we have the squad, and everyone’s going to have a big impact on the end of the season even if they’re not out on the field - just in training keeping that intensity and pushing people for their starting places.

Oxlade-Chamberlain and Gomez’s ongoing reintegration into the squad has only added to the feeling of positivity around Melwood, too.

Milner continued: “I think so - I think it’s always difficult when you’re injured and with a long-term injury like Ox has had and Joe has had in the past as well, they have to be so mentally strong.

“It’s long hours, tough hours and you’re away from the team at times. When you are around the lads in the gym it’s important that you have that interaction and help where we can and make them feel part of the squad still and lift their spirits.

“We know how hard it is for them and how hard they’ve worked. Ox coming back, he had a little setback in the game before the international break but he’s back again already. You expect that when you’ve been out that long, but I’m sure he was loving being back out on the field again.

“We all know how good he is as a player so to get players like him back and fit and ready to go, it only gives the manager more selection problems and it’s great for us as a squad.”

While Oxlade-Chamberlain and Gomez continued their recovery programmes, Milner spent the first week of the international break in Dubai.

And the midfielder is now raring to go again, with the Reds’ pursuit of the Premier League title recommencing on Sunday when Tottenham Hotspur visit Anfield.

“It’s nice to have that mental break, if you like,” he said.

“Obviously I was still doing running and work out there so on the physical side it’s probably not quite as intense as it would be if you were training, but you’re still ticking over and putting the hard work in.

“But I think to get away from the club and get a bit of sun helps and refreshes you for the last few months of the season.”