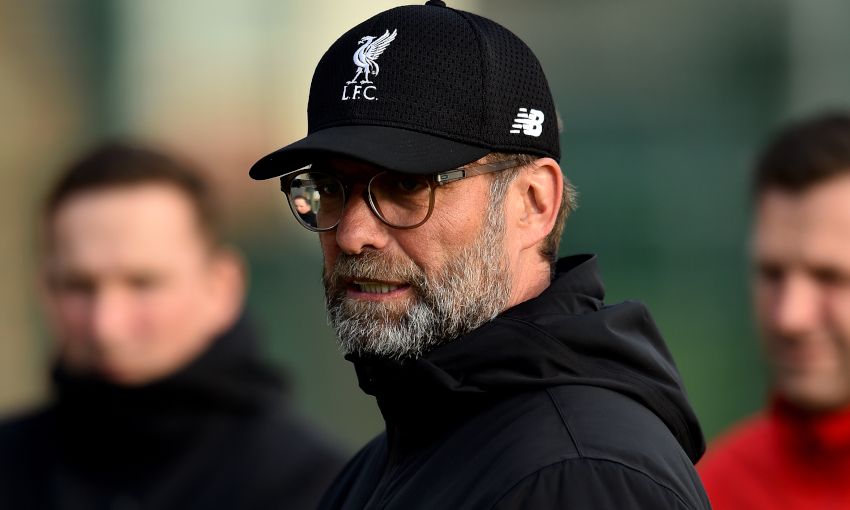 Jürgen Klopp has spoken throughout the season of the plan to create a base for the run-in – and now, he says, is the time for Liverpool to use it.

As excitement has steadily grown about the possibilities of this campaign, with the Reds beaten only once in 31 Premier League fixtures and into the Champions League quarter-finals, the manager reiterated his focus on laying foundations rather than looking to the future.

That building process is now behind them, however, and the new target is clearly stated: Klopp’s side want to capitalise fully on the ‘wonderful’ position they have put themselves in.

“It is [exciting], absolutely,” the boss told Liverpoolfc.com on Tuesday.

“On the one side, opponents fight for the Champions League spots, and on the other they will fight [to stay in] the league.

“I think only Wolves in the last match, they are not fighting for Champions League and not fighting for staying in the league, but we all see what shape they are in – and they can go to the FA Cup final, so that’s exciting for them. But these are our opponents.

“Champions League, we don’t have to talk about that because they are all finals, each game is a final. Hopefully we can stay in that competition for a while.

“We created a wonderful base, now let’s use it.”

Preparations for the run-in, which begins when Tottenham Hotspur visit Anfield in the Premier League this Sunday, are already well under way at Melwood.

Klopp will have a full complement of fit players available from Thursday to further fine-tune the strategy to face a Spurs side the Reds defeated 2-1 at Wembley earlier in the season.

And though the boss understands the benefits an international break can provide for those not on duty with their countries, he revealed the anticipation to regroup this week.

“Absolutely [it’s good to be back]. Really, we were waiting pretty much for it,” he said.

“It is nice to have a little bit of a rest in between, but on the other hand you want to keep it going in a situation like that – we won three games in one week and could have played pretty much the next day.

“Now we are back, the boys are coming step by step back as well, so from Thursday on I think we will be complete.

“With all players together, of course, the Dutch ones, the Brazilians, together in complete training. But preparation has started today already.

“We don’t have all the players who are away, but we have all the other players as well. Bringing players back, step by step. OK, Shaq and Trent are still doing a bit of rehab, but the others are here and in good shape. Two sessions today and then one session a day.

“All good and we’re really looking to this period now.”