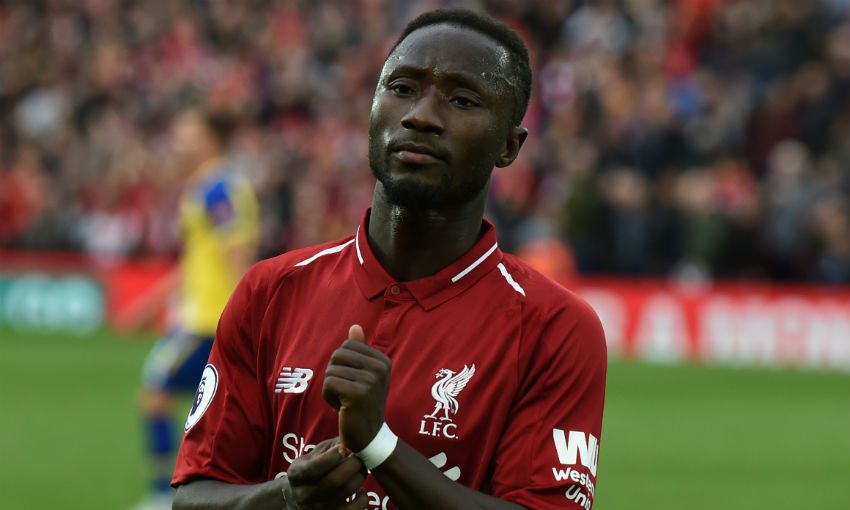 Naby Keita could return for Liverpool’s clash with Fulham, but the Reds will be without Jordan Henderson at Craven Cottage.

Midfielder Keita missed the 3-1 Champions League win over Bayern Munich in midweek due to a minor injury, although Jürgen Klopp is hopeful regarding his potential availability for Sunday.

Henderson, however, is out of the meeting with Scott Parker’s team after he suffered a twisted ankle in the early stages of Wednesday’s victory at the Allianz Arena - but the captain’s longer-term prognosis is encouraging.

“Naby, we have to see if he can train today,” Klopp said on Friday.

“[He had] a couple of checks - it was positive until now but we have to see if it stays positive when he goes outside.

“With Hendo, we made further assessment and we know now that it’s serious enough probably to rule him out for the weekend and the international break will be long enough, hopefully, to bring him back.

“It’s a little one with the ankle, how it looked in the first place. It was the best scan we could get, I would say, but still not good enough. It’s not good but OK.”

The boss was also asked for the latest on the fitness of Alex Oxlade-Chamberlain after the midfielder sustained a muscle issue on his comeback for Liverpool’s U23s last week.

“Oxlade, I heard nothing new about it so there’s no rush now,” he continued. “Of course not [available] for the weekend anyway, but in general after international break he will be 100 per cent fit.”

From Fulham’s perspective, Parker reported no fresh injury concerns during his media briefing on Friday.

Andre Schurrle has missed the last four games with a virus, and Marcus Bettinelli’s knee problem has ruled him out of the previous six.

Defender Alfie Mawson, meanwhile, has not played since December because of a knee injury of his own.

On the task facing his team, who sit 19th in the Premier League, on Sunday, Parker said: “It's going to be a massive challenge.

“Liverpool is a team that is fighting at the right end, in terms of fighting for the championship. They're a team full of individual quality and are up there with the world's best.”