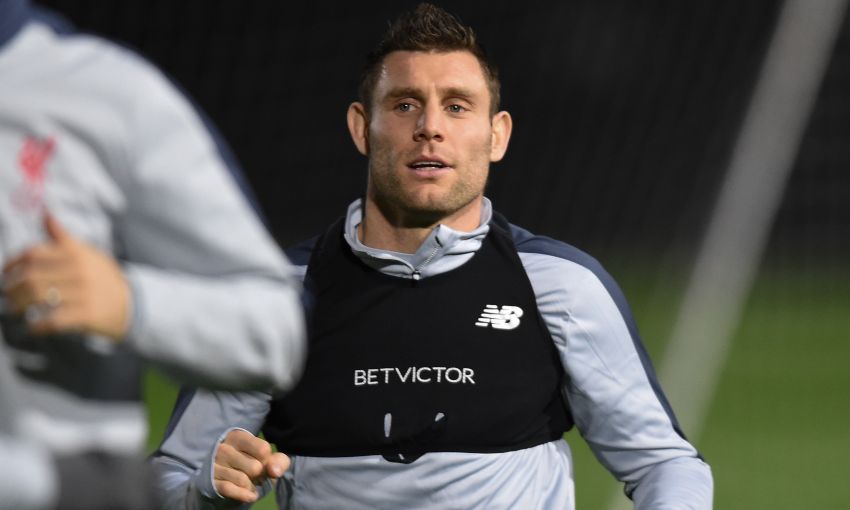 James Milner's fitness will be monitored ahead of Liverpool's meeting with Burnley - a game in which Dejan Lovren could make his return from injury.

Jürgen Klopp confirmed during his pre-match press conference that Milner’s availability for Sunday’s match at Anfield is uncertain due to a ‘little muscle issue’, but centre-back Lovren is back in full training following a two-month lay-off due to a hamstring problem.

“Millie we will have to see. It is Millie, so everything heals quicker with him!” the boss said on Friday.

“He was already outside yesterday. He had a little muscle issue, but there are still two days to go until the game. I think if you ask Millie he would say, ‘I will be ready’ but we have to see.

A lower leg fracture has sidelined Joe Gomez since the Reds’ 3-1 win in the reverse fixture at Turf Moor in December and, while the defender is not ready to feature this weekend, Klopp hopes he’ll be back in contention after the international break.

Rhian Brewster is also progressing well in his recovery from a long-term ankle injury.

The manager stated: “Joe is now running with 100 per cent of his weight, because we have different opportunities to run. Now he is really at 100 per cent and it’s good, it looks good.

“Rhian trained, looked really good, but he is in the situation Ox was maybe three weeks ago or so. He is in a really good way.”

The Clarets, meanwhile, will be without Steven Defour and Aaron Lennon at Anfield.

Sean Dyche told the media on Friday that midfielder Defour is unlikely to play again this season after undergoing calf surgery, and Lennon is still out with a knee complaint.