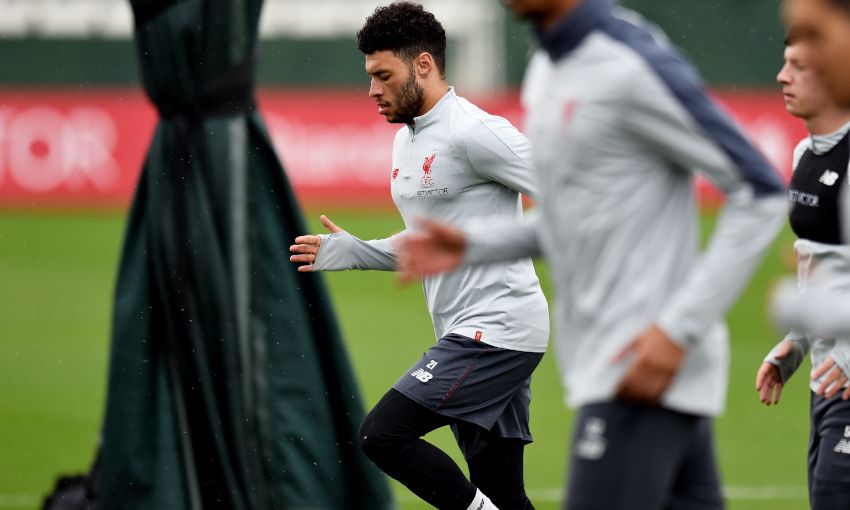 Jürgen Klopp has confirmed Alex Oxlade-Chamberlain is set to take a significant step on his road back to full fitness by participating in Liverpool U23s’ fixture with Derby County on Friday afternoon.

The midfielder will feature for Neil Critchley’s side at the Rams’ training centre in what will be his first appearance since sustaining a knee ligament injury in the Champions League semi-final tie with AS Roma at Anfield last April.

Fans will be able to watch the game live on LFCTV and LFCTV GO, with kick-off set for 2pm GMT. Click here to sign up now in order to tune in.

“The plan is to give him some match time,” Klopp told Liverpoolfc.com as he confirmed Oxlade-Chamberlain’s involvement.

“All that we saw so far in training looks really good, it looks really exciting, but we all know it is a massive difference between each training session you have and playing a proper game.

“It’s not about the opponent, it’s about judging situations, a bigger pitch, higher intensity, a different concentration level. The preparation for a match is different to a normal training session, so players after a long period [out] need to get used to that.

“There is absolutely no expectation on the game [for him] apart from go through it, tick that box, come back and go on training again. It doesn’t say anything about him 'being ready for five days later' or whatever, it is just a first – and very, very important – step. As I said, in training Ox is back but now we have to make sure we really prepare him for the rest of his career and the rest of this season.” 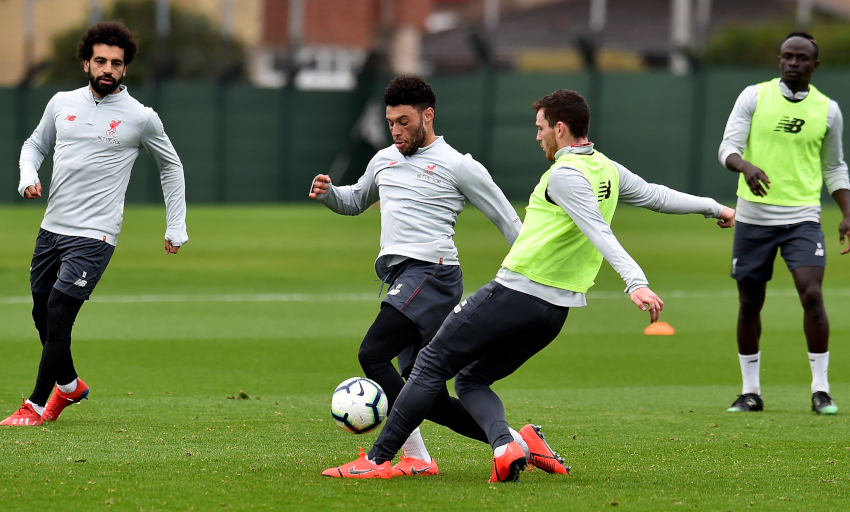 Oxlade-Chamberlain is likely to figure for 45 minutes against Derby, along with Nat Phillips, who will also be returning to action for the first time since undergoing surgery for an ankle injury sustained in November.

Klopp continued: “Probably it will be 45 minutes and that’s absolutely OK. It is a bit difficult for Critch when the manager tells you to make a change at half-time, but it’s nice for Ox.

“Nat Phillips will play for the first time I think as well after not as long, but a long enough period, so that’s all good. Rhian [Brewster] is on the way back, so it’s really positive, and Joe [Gomez] is close.”

Despite the importance of the milestone Oxlade-Chamberlain will reach on Friday, Klopp outlined why Liverpool will continue to err on the side of caution with his fitness.

The manager added it is unlikely the No.21 will be considered for any involvement at first-team level until after the forthcoming international break at the earliest.

“The boys worked really hard and a lot with him in rehab, but you cannot do it like it is a normal football game,” Klopp said. “The intensity cannot be that high or you kill a player then. He needs matches and as many as possible, but we are in the middle of the season and will not say now, ‘You need six or seven matches until you are ready.’

“It is about getting him the experience again on the pitch, getting him back in this one and then using him minute-by-minute on the pitch. As long as all the other players are fit and stuff like that, we will have to see who can help the team more when he is finally back. In the moment, he looks brilliant, everything is really, really good. Now let’s play football.

“What people make of that, he should not care. I don’t care if people then say, ‘Why is he not playing?’ and stuff like that. Come on! I am happy people didn’t ask after one session if he could play at the weekend! He’s had a couple of sessions and now he has a first game and that’s really cool.

“I am really excited about it, but he was so long out that having him in training is already a massive difference. Now having him back on the pitch is the next step, but you cannot make that only step back onto the pitch and then you are the same as before.

Watch Oxlade-Chamberlain figure for LFC U23s v Derby live on LFCTV and LFCTV GO from 1.30pm GMT. Click here for details on how to tune in.