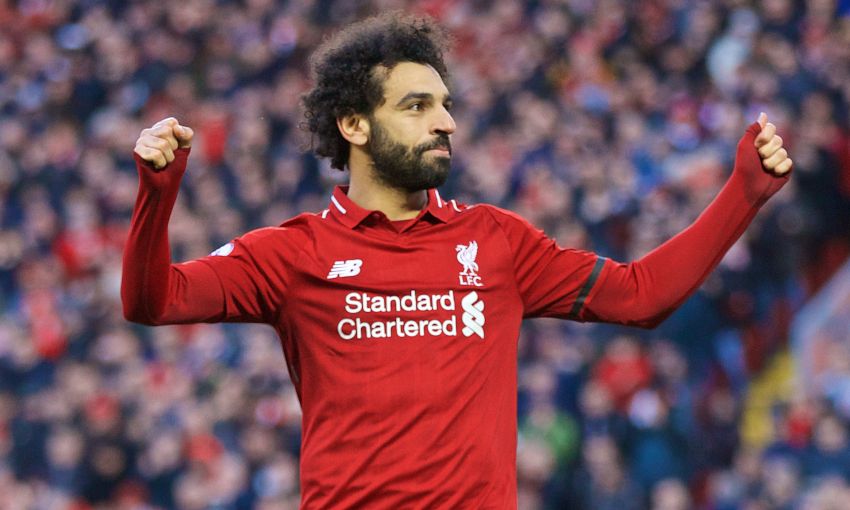 Liverpool are well aware of the threat Manchester United will pose on Sunday but will head to Old Trafford with designs only on bringing the three points back to Anfield, Mohamed Salah insists.

The Reds take on their rivals aiming to go to clear at the top of the Premier League table; however, they will tackle a United side unbeaten in the division since appointing Ole Gunnar Solskjaer as caretaker manager in December.

Salah told Premier League Productions: “They are unbeaten in their last nine [league] games, so they are in a good way and they want to win against us.

“Everyone knows about Liverpool and Manchester United. They have good players – even before they won their last 10/11 games, they have had very good players from the beginning of the season.

Of the current Premier League teams, United are the only opponent Salah hasn’t managed to net against since arriving on Merseyside in the summer of 2017.

It’s a statistic the Egyptian will be aiming to bring to an end on Sunday and move clear of Manchester City’s Sergio Aguero in the division’s top scorers rankings – but Salah insists helping the Reds win matches is his sole priority.

“As I’ve said before, for me, the record is not that important,” he explained. “Being the top scorer is important, but it never counts as No.1 – the Premier League is No.1.

“We need to stay first in the table and that’s something very important for us.”

'I'm surprised there are more records Mo Salah can break!'