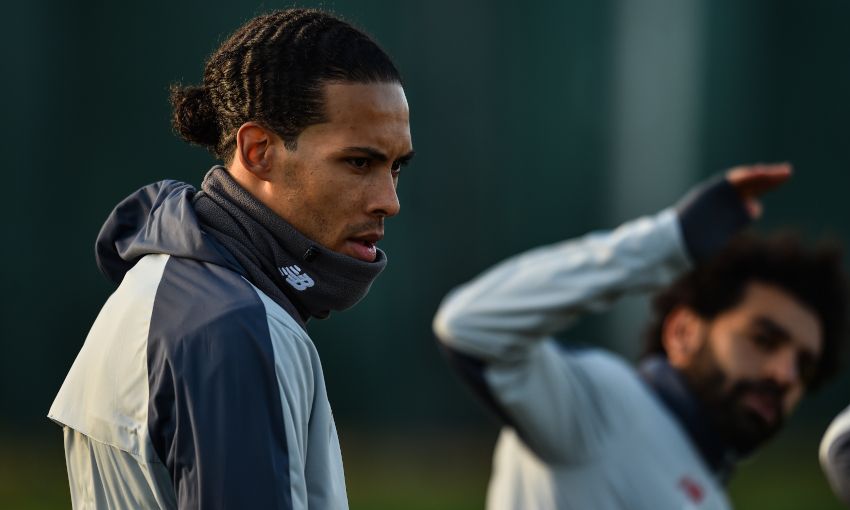 Jordan Henderson has acknowledged the blow of being without Virgil van Dijk for Tuesday’s Champions League clash with Bayern Munich.

However, the captain is confident that whoever replaces the suspended No.4 in Liverpool’s starting line-up at Anfield will do so adeptly.

An ever-present in the Premier League and Champions League to date this season, Van Dijk will miss the first leg of the Reds’ last-16 tie after accumulating three bookings during the group phase.

And, during Monday’s pre-match press conference, Henderson was asked how keenly the centre-back’s absence will be felt.

“Of course he’s a massive miss, a big miss,” the skipper said.

“I think he’s played every game this season so I think you can see how important he is for us as a team. But at the same time I feel as though we have enough quality in the team to be able to cope with it tomorrow night, and not just relying on our two centre-halves to defend - it’s up to the whole team to defend and we do it together.

“So whoever plays there I am sure will know the role and what’s expected of them. But of course he’ll be a big loss.”

Henderson was also quizzed on the form of Naby Keita, who has started Liverpool’s last four matches.

The midfielder stated: “I think everyone can see how good Naby is as a footballer, but as I know myself coming to Liverpool, it’s such a huge club - and especially changing to the Premier League - is tough.

“It takes time to adapt. I think he’s done really well in certain games he’s played and I can see him getting used to the way we’re playing and the manager has helped him improve, and I can definitely see the potential you can see coming out of him.

“At the same time it takes time to feel right at home, but in the last couple of games you can see the quality that he gives the team and how good he is.”