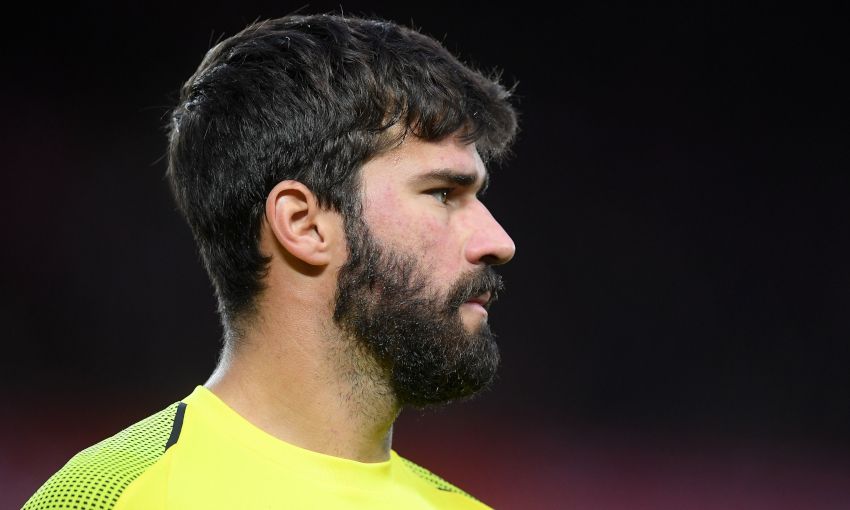 Liverpool's pairing with Bayern Munich in the Champions League presents Alisson Becker with a chance to compete against a goalkeeper he considers 'a big reference'.

Bayern stopper Manuel Neuer looks to have recovered from a hand injury in time to feature in the first leg of the sides’ last-16 clash at Anfield on Tuesday night, having played in the 3-2 win over Augsburg on Friday.

When the draw was made, Alisson instantly recognised the opportunity of a personal head-to-head with Neuer – the ultimate line of defence in a force to be reckoned with.

“We know they’re a really good, strong team,” the Brazil international told Premier League Productions. “Jürgen knows more about that team than anyone. There’s a lot of quality – and a great defence.

“[Neuer] is a big reference for me. When we got them in the draw I was pleased knowing I’d be against him.”

Jürgen Klopp will be forced into a reshuffle in front of Alisson, with Virgil van Dijk suspended for the opening meeting between Liverpool and Bayern.

But the No.13, who registered a 16th clean sheet of his debut campaign against Bournemouth last time out, feels the Reds are sufficiently tuned tactically for whoever is selected.

“All the defenders have played so when one comes in and one leaves, we don’t feel that loss because we’re all used to each other,” he said.

“That the backline are all able to communicate with each other, and know each other really well, is vital for any team. Once you’ve cracked it, you’ve got it – and we seem confident.”