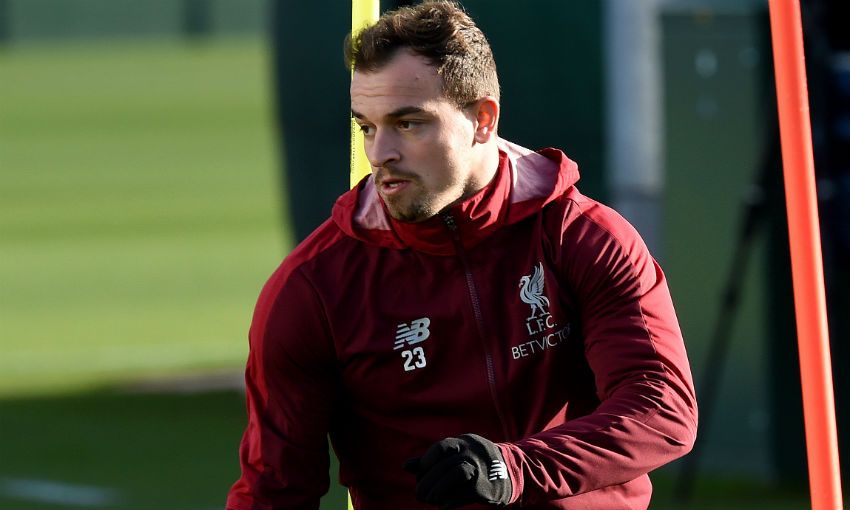 Wijnaldum returned to full training in Marbella last week having suffered with illness before, during and after the Reds' 3-0 win over Bournemouth last time out.

Former Bayern man Shaqiri missed that victory due to a slight abdominal strain, although he is set to come back into contention for Tuesday's Champions League last-16 first leg at Anfield.

The potential availability of centre-back Lovren, who has been out since early January due to a hamstring injury, is less clear, however.

"I don't know 100 per cent. It's Monday and we play on Tuesday so most of that should be clear," Klopp told Liverpoolfc.com, after being asked for an update on the trio.

"Gini trained and looked really well. Shaq did a lot, so it will be close, we have to see. Dejan, I actually have to wait minute by minute if there is a chance or not. But that's pretty much all, I would say."

Virgil van Dijk's suspension, along with the absence of Joe Gomez (leg) and doubt over Lovren, means Klopp may deploy Fabinho in central defence versus the German champions.

"If - if - [Fabinho plays there] in the Champions League against Bayern Munich it's not an easy job," the manager said.

"But we thought it makes sense we don't leave our last row alone defending against Bayern; [so] it all depends how we defend in general. That's it."

Meanwhile, Jerome Boateng was not named in Bayern's travelling squad due to illness, but Niko Kovac indicated later on Monday that the centre-back may feature against Liverpool.

"We'll have to wait and see - if the doctors say he's not an infection risk, then he could yet be an option," the Bundesliga club's coach said.

Kovac also told the media that he will continue to monitor the fitness of Kingsley Coman. An ankle problem forced the forward off after he'd scored twice during Bayern's 3-2 win at Augsburg last Friday.

"He's improving by the hour. Kingsley needs to be completely pain-free," he confirmed. "We're optimistic that the medical team will have him in shape by tomorrow night."