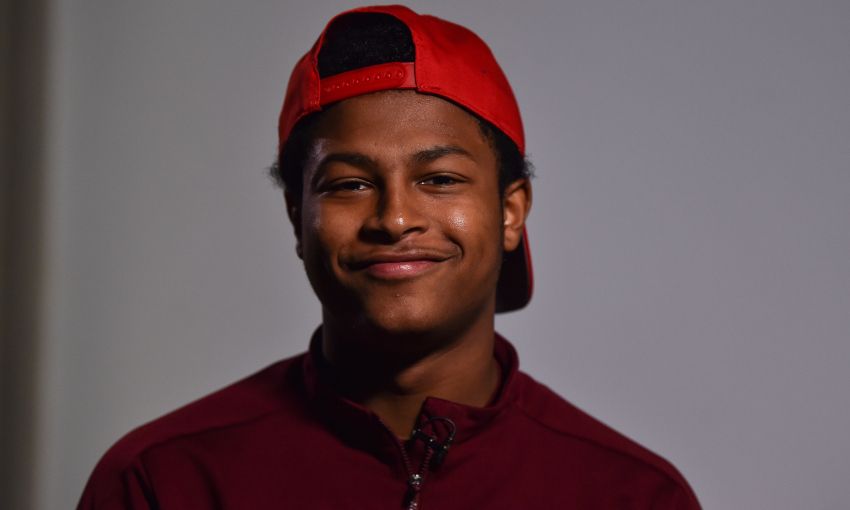 Rhian Brewster took a significant step on his road to full fitness during Liverpool's Marbella camp this week as he trained alongside his teammates for the first time – and he's relished every second of the four-day trip to Spain.

The striker has been out of action since January 2018 after sustaining an ankle ligament injury – but reached an important milestone in his quest to regain peak condition on Tuesday.

Brewster, who signed a new long-term deal with the Reds in the summer, sat down with Liverpoolfc.com at the team hotel to discuss his return to training, how he’s enjoying his first training camp with the first team and his hopes and aims for the future.

Read on for a full transcript of the chat with the 18-year-old... 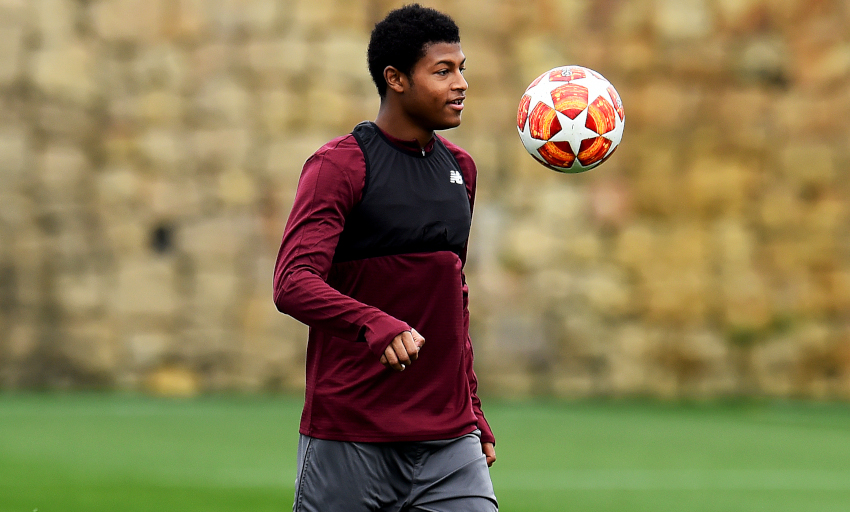 Rhian, it’s your first training camp with the senior side. How important is it for you to be here and be involved?

It’s a big step for me, having obviously being injured for a long time, to do my first one. I’ve been around the first team for a while now, so for this to be my first one I am grateful and happy – happy to be here.

What’s it been like around the place this week?

How important a step was it for you to be back in training and how is your rehab coming along?

It’s coming along very, very good. It’s just good to be back in and around the boys. I’ve been doing a lot of one-to-one training with the sports science team, so to be back with the boys just feels amazing. I can’t wait to properly be back involved with them.

This week is all about hard work and training, but in the downtime how have you been relaxing?

Well, I’ve been beating people at table tennis – just about 10 minutes ago! I’ve been relaxing quite a bit. It’s good to be in a different country and chill and relax, not always doing stuff. After training I have been relaxing and playing some table tennis. The games are very competitive!

In terms of your injury and rehab, although it was a huge disappointment for you and a long time out of action, do you think it’s something that can help you in the long-term in terms of your mentality and building your character?

Yeah, I think it’s taught me I am a strong person to have been through what I have been through in the last 13 months. It’s been a bumpy ride, but for me to come out of the other end, I think has helped me a lot. There were so many points during the rehab where I thought I wanted to scrap football or I was feeling annoyed at the situation I was in, but to get through it and reach the other end, it’s shown me I am a strong person and that I know what I want to do.

What helped you get through those moments?

What’s it been like watching the team while you’ve been out and what have you learned from it?

The team spirit we have is second to none, it’s great on the pitch and in the changing rooms. At the training ground, I find it great – we never stop. From zero to 90 minutes, the team doesn’t stop working hard. I watch the front players a lot because that’s where I play, to see if I can learn anything from them, and I think I have learned quite a bit from them. Also, if they don’t start and come on, if the boss makes a sub in the front position, they’ve come on and made a big difference. That helps a lot as well; if you don’t start, wait for your chance to come and do what you’re best at.

We all know about your relationship with Ox, but just how important has he been in helping you along?

He’s been great. To have an older player of his ability who has been around for a long time, to have him next to me and help me along the way has been amazing. I couldn’t have asked for someone better to do my rehab with.

Were you surprised by the reaction from fans to your ‘Bezzies’ video with Ox?

Yeah, I didn’t think it was that big. To get their feedback from it – not just fans, but also people around Melwood – was quite good. I will probably do another one, something else with him again hopefully.

That video showed everything about the team spirit here…

It showed a lot. Because we’re out injured, it doesn’t mean we’re not part of the team – we’re very much part of the team. Even being injured, fit or not fit, they like to bring us in with everything they do and it shows the team spirit we have. It’s amazing.

We saw a clip on your Instagram earlier this week of the boss surprising you and giving you a hug. What’s your relationship like with him?

I’d like to think it’s a very, very good relationship and it’s building every day. I hope it can only continue to build from now and get better and better.

What’s the next target for you?

To get back playing, a few U23s games and stuff, get my fitness back and hopefully, maybe, make my debut this year, if not next.

Yeah, hopefully by then I will have been in full training for a very long time!