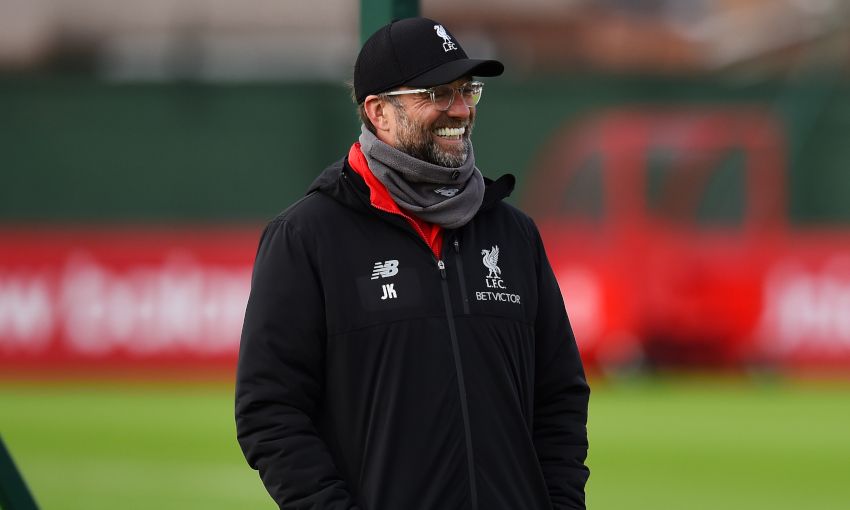 Jürgen Klopp does not expect the order of Liverpool's Premier League fixtures to influence his team's approach to maintaining their lead of the division.

The Reds play one night after closest rivals Manchester City in this midweek round of matches, with Pep Guardiola’s side set to take on Newcastle United before Leicester City visit Anfield.

A City victory would reduce Liverpool’s advantage at the summit to a single point but Klopp’s perspective does not differ from that he holds when his team are in action first.

“For me, no difference,” the manager replied, when asked about the schedule and its impact, during his pre-Leicester press conference.

“If we win the game [after playing first] and then we are not interested in other results, how can we change that approach in [this] situation? For me, it’s not a difference.

“I’ve said a few times, I expect City to win every game. I understand a little bit about football and it makes sense that you think like this. I would expect them to beat Newcastle at Newcastle.

“I will still watch the game because we play Newcastle as well. I really believe in that you have to do your own work and your own job if you want to have something, don’t be concentrated on other teams. It doesn’t make sense and it doesn’t help.

“I expect to be one point up tomorrow before the game and that doesn’t bother me.”

Liverpool will return to action on Wednesday night following an 11-day gap since the dramatic 4-3 win over Crystal Palace at Anfield.

In the intervening period, the squad travelled to Dubai for a short camp and then returned to Melwood training with a double session last Friday.

Leicester have had the same spell without a game, however, and therefore Klopp – who awaits confirmation of the Reds players fit and available – sees no advantage.

“It was good that we could do that,” the German said of the break.

“We didn’t have games in that time; having one game in the time would have been good, even if it would have been difficult line-up-wise because we really needed a couple of days for the boys to be part of training.

“Still a few players were not part of training until two days ago and stuff like that. So it was not perfect. It was good that we didn’t have to play, even though the cup competitions are important. It would really not have been possible for a lot of players.

“Now we had a few more days and we have to show that. Leicester had exactly the same situation, so there is not a massive advantage or whatever. It’s just the situation. They could bring back [Harry] Maguire after injury in the last game.

“We had a few more days and could wait for one or two players – we have to see if they will be really available for the game tomorrow.”